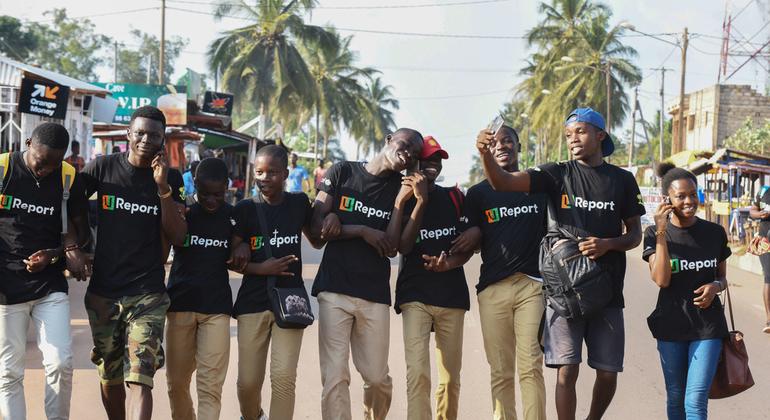 The results were published on Wednesday at the COP27 climate conference taking place in Sharm El-Sheikh, Egypt. Some 243,512 young people from 163 countries participated in the UNICEF U-Report poll, over July and August of this year.

Through the poll, young people were asked questions relating to their attitudes about climate change, which were sent via SMS and instant messaging technology.

Globally, two in five said climate impacts have made them reconsider their desire to have children.

Concern was highest in African regions, where nearly half of respondents said they were now on the fence.  The Middle East and North Africa accounted for 44 per cent, while in Sub-Saharan Africa, it was 43 per cent.

Young people in these two regions reported having experienced a range of climate shocks and, more than other respondents globally, said these shocks had impacted their access to food and water, and depleted family income overall.

“The impacts of climate change are with us now, but they are far more than floods, droughts and heatwaves. They extend to our very sense of hope,” said Paloma Escudero, head of UNICEF’s COP27 delegation.

“Especially in Africa, young people are seeing the impact these shocks are having on themselves and those they love, and it is cha …