A Covid-19 ‘senior wave’ is driving up hospitalizations – CNN 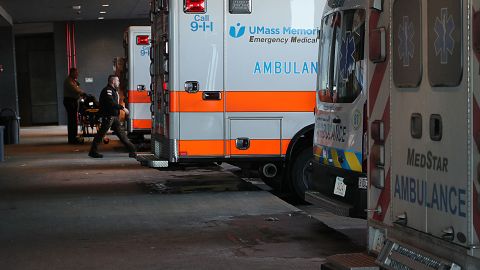 When Linda Stewart felt a tickle in her throat a few weeks ago, she got worried.

She’s a 76-year-old woman, and she was well aware of the risks posed to her and her husband’s health by Covid-19, flu and other colds that are sweeping the United States amid a rough respiratory virus season.

“I don’t want to take any chances with my health,” she said.

Throughout the pandemic, a positive Covid-19 test for a senior has carried an extra heavy weight.

Only about 13% of all reported cases in the US have been among people 65 and older, according to data from the US Centers for Disease Control and Prevention. But about half of all hospitalizations and three-quarters of all deaths have been in this age group.

The Covid-19 hospitalization rate for seniors has generally risen and fallen in line with broader trends, reaching a record high last winter during the Omicron surge and dropping significantly in the summer. But compared with other age groups, hospitalization rates have consistently been higher among the 65 and older population.

This winter, Covid-19 trends are again on the rise across the country. So far, the increase appears to be relatively mild – hospitalizations are ticking up in most states, although the overall rate is still just a fraction of what it was during other surges.

But for older adults, the situation is much more severe. Hospitalizations among seniors are nearing the peak from the Delta surge and rising fast.

And the age gap has never been wider. Since October, the Covid-19 hospitalization rate among seniors has been at least four times higher than average.

Even during the first winter surge in 2020, when Covid-19 took a devastating sweep through nursing homes, there was never more than a three-fold difference.

Dr. Eric Topol, a physician and professor of molecular medicine at Scripps Research, has dubbed the ongoing rise the “senior wave.”

“Right now we have an immunity wall built up against the Omicron family – between shots and prior infections and combinations thereof – that seems to be keeping younger folks in pretty good stead. But the immune systems of people of advanced age are not as strong,” Topol said.

Younger adults who are immunocompromised are also likely experiencing disproportionately severe effects of the latest wave, he said, but there isn’t sufficient data to understand trends in that population as well.

New variants that are more immune evasive and relatively low utilization of treatments like Paxlovid may have played a role in the rising hospitalization rate among seniors, Topol said.

But “the main culprit is booster deficiency” with rates that are “woefully inadequate,” he said. “It all points to waning immunity. If more seniors had their booster, the effect would be minimal.”

Stewart said that she’s eased back on personal mitigation measures, but still keeps an eye on Covid-19 …