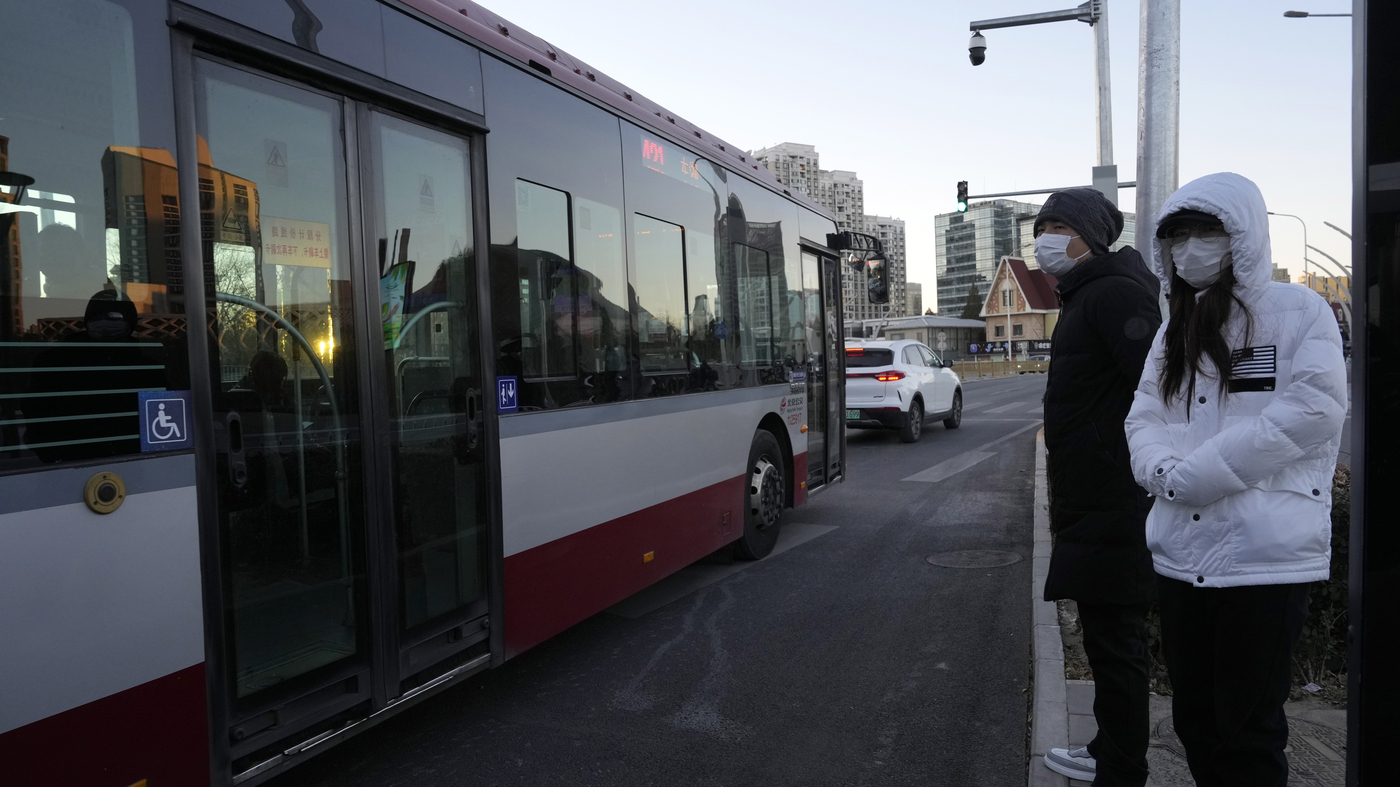 Residents wearing masks wait at a public bus stop in Beijing on Saturday. Chinese authorities announced a further easing of COVID-19 curbs with major cities such as Shenzhen and Beijing no longer requiring negative tests to take public transport.

BEIJING — Chinese authorities on Saturday announced a further easing of COVID-19 curbs with major cities such as Shenzhen and Beijing no longer requiring negative tests to take public transport. The slight relaxation of testing requirements comes even as daily virus infections reach near-record highs, and follows weekend protests across the country by residents frustrated by the rigid enforcement of anti-virus restrictions that are now entering their fourth year, even as the rest of the world has opened up.

The southern technological manufacturing center of Shenzhen said Saturday that commuters no longer need to show a negative COVID-19 test result to use public transport or when entering pharmacies, parks and tourist attractions. Meanwhile, the capital Beijing said Friday that negative test results are also no longer required for public transport from Monday. However, a negative result obtained within the past 48 hours is still required to enter venues like shopping malls, which have gradually reopened with many restaurants and eateries providing takeout services. The requirement has led to complaints from some Beijing residents that even though the city has shut many testing stations, most public venues still require COVID-19 tests.

Despite easing measures, authorities said that the “zero-COVID” strategy — which aims to isolate every infected person — is still in place. On Saturday, Beijing authorities said that because the current round of COVID-19 was spreading fast, it is necessary to “unswervingly continue to implement normalized social prevention and control measures.”

The government reported 33,018 domestic infections in the past 24 hours, including 29,085 with no symptoms. As the rest of the world has learned to live with the virus, China remains the only major nation still sticking to a “zero-COVID” strategy. The policy, which has been in place since the pand …