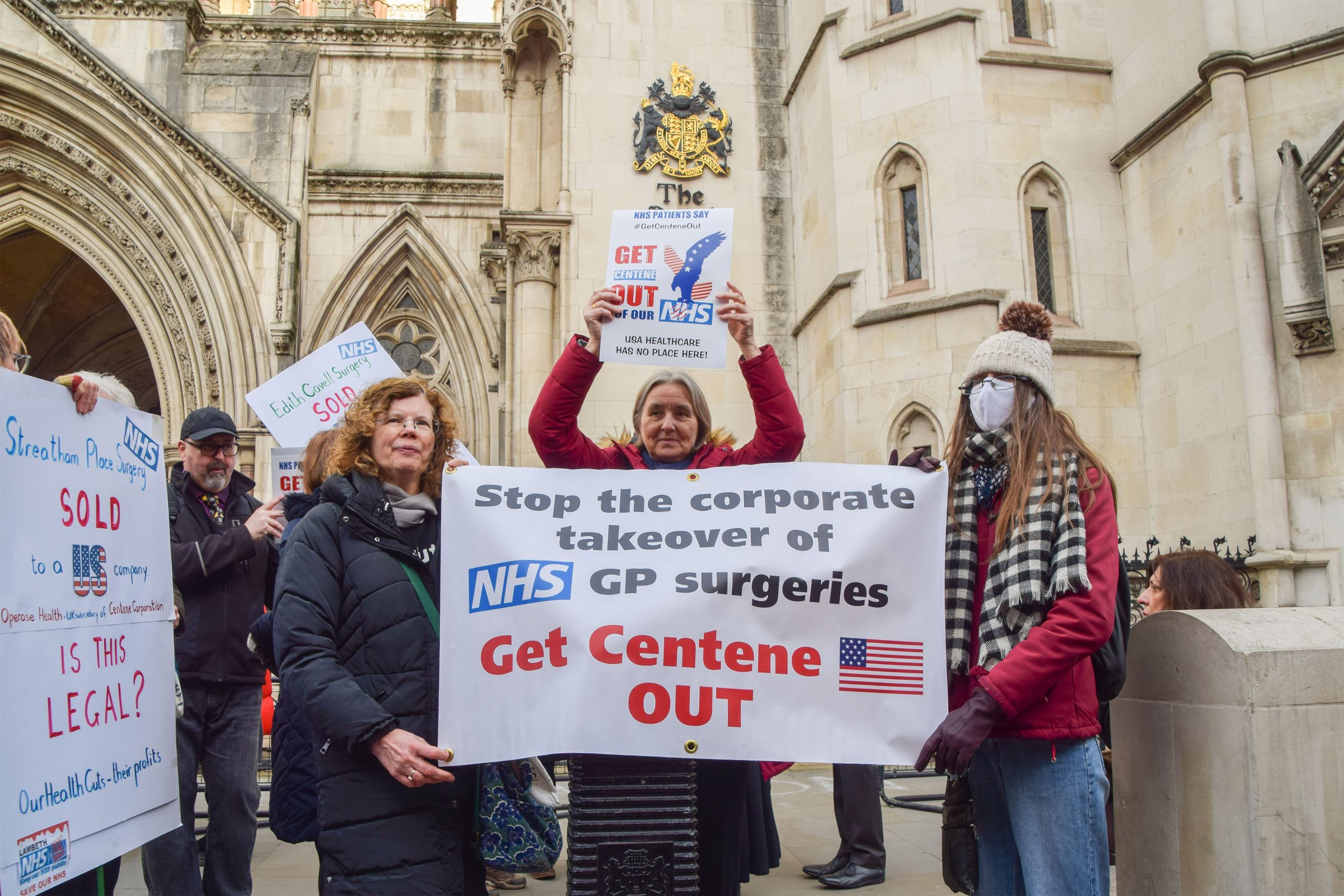 LONDON — In the final days of 2020, the U.S. health insurer Centene made a swift incursion into Britain’s prized National Health Service, one of the world’s largest employers.

A Centene subsidiary, Operose Health, took over nearly three dozen medical practices in London — gateways for NHS care — in a deal worth tens of millions of dollars. The subsidiary became the largest private supplier of general practice services in the United Kingdom, with 67 practices accounting for 570,000 patients.

A local health commission, records show, signed off after a nine-minute review in a virtual hearing held the week before Christmas. Centene was not mentioned. Not a question was asked. It was the time of year — amid pandemic restraints — when official business in London gave way to fizzy cocktails and quiet glad tidings.

Within weeks, the acquisition set off alarms for Louise Irvine, an NHS doctor, who called it “privatization of the NHS by stealth.” Irvine, other practitioners, and residents supported a crowdfunded legal challenge to the takeover of AT Medics Holdings, the U.K. primary care company under contract to the NHS.

Centene is the largest privately managed care provider in the U.S. that offers government-sponsored insurance, such as Medicaid and Affordable Care Act plans, as well as health care to seniors, prisoners, military members, …