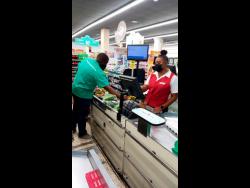 Grocery List Jamaica, a Florida-based online shopping platform, has announced the opening of its Jamaican subsidiary, Grocery List Jamaica Limited.
The new Jamaica-based company was incorporated this month and began operation almost immediately.
In a release, co-founder Rory Richards outlined the benefits of the expansion, noting that the opening of Grocery List Jamaica Limited will allow the online company to better serve its local clients, as well as see to the welfare of the many Jamaicans who work for the company in Jamaica.
Grocery List Jamaica Limited is now affiliated with a local bank through which all Jamaican employees will be paid. Further, Richards said, it will allow the company to expand the Jamaican gig economy, as more persons will be able to sign on as shoppers and delivery personnel. This, he explained, will allow for faster and better service to clients in Jamaica whose relatives shop for grocery on the platform.
He further suggested that it will also allow the company to pay taxes to the Jamaican Government, thus contributing to the expansion of the economy.“We designed Grocery List Jamaica to help ease the economic burden on Jamaican households, as well as (to) empower Jamaicans to earn through creating an additional income stream,” said Richards, who is also chie …