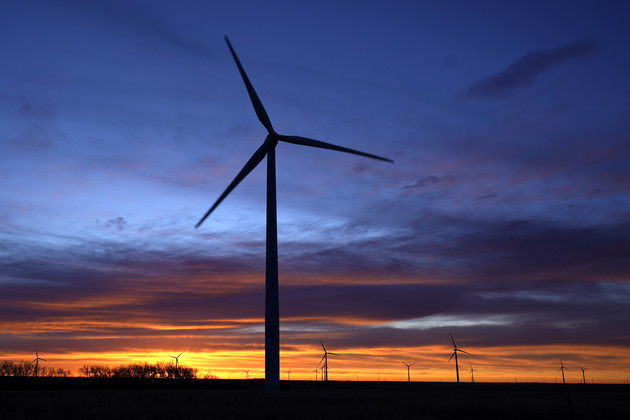 New York is looking to drastically reduce emissions in the coming decades and place new mandates on individuals and businesses. | Julia Nikhinson/AP Photo

ALBANY, N.Y. — New York Gov. Kathy Hochul is now empowered to enact a suite of climate policies that could drastically reduce emissions in the coming decades and place new mandates on individuals and businesses.
A climate plan approved Monday paves the way for New York to enact a “cap and invest” program similar to California’s long-established cap-and-trade system that would limit emissions and require polluters to purchase allowances to spew greenhouse gasses. It calls for electrifying nearly everything — from buildings to vehicles with a mix of mandates and incentives.

But many of the policies will now rely on action by Hochul and the Democratic-controlled Legislature. Lawmakers have been slow to act on climate policies, and the Democratic governor entering her first full term has to face down the political risks of embracing higher energy costs and well-funded opposition from the fossil fuel industry.

Still, the nation’s third largest economy is charting a path to slash emissions at an aggressive pace, and supporters hope to see it implemented and the roadmap adopted in other states.
“If there is ever a place that is going to lead the way on solving climate change, it is New York,” Climate Action Council co-chair Doreen Harris, who is president of the New York State Energy Research and Development Authority, said at the meeting. “I am certain of it.”
What will change in New York

The Climate Action Council, which is domina …