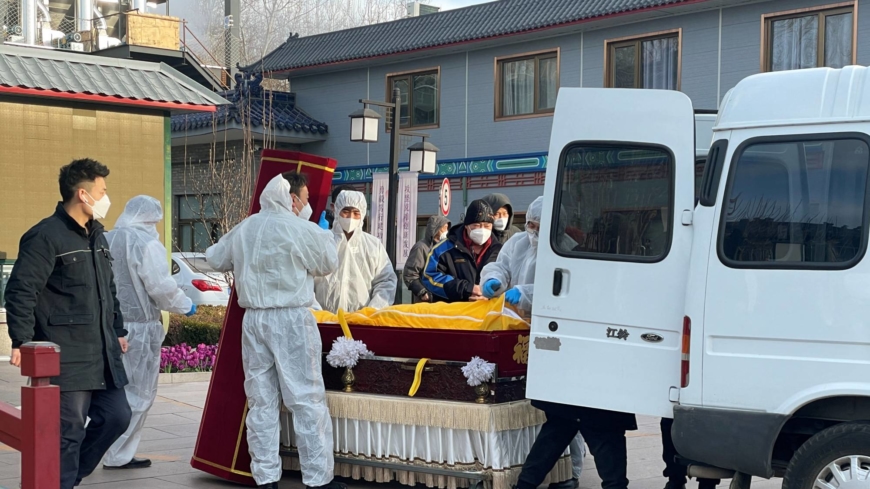 The number of COVID-positive dead arriving at Beijing’s funeral parlors and crematoriums is rising, according to media reports, despite China not reporting a fatality from the virus for two weeks.
The Chinese capital is in the grip of its worst COVID-19 wave yet, after officials nationwide abruptly abandoned the stringent curbs that have kept the virus at bay for much of the past three years. Staff at a Beijing crematorium told the Financial Times they cremated the bodies of at least 30 COVID-19 victims on Wednesday, while a relative of one of the dead said their family member had been infected with the virus, according to the Associated Press. Reuters reported funeral homes in Beijing being overwhelmed.

Still, China hasn’t recorded a death from COVID-19 since Dec. 4, when two were lodged, that of an 84-year-old man in Sichuan province with underlying health conditions and another in Shandong province. The last official COVID-19 fatality reported for Beijing — which was seeing thousands of cases a day even before China’s swift U-turn on ‘zero-COVID’ — was recorded on Nov. 23: A woman, 87, authorities said had chronic heart disease.

In a time of both misinformation and too much information, quality journalism is more crucial than ever.By subscribing, you can help us get the story right.
SUBSCRIBE NOW