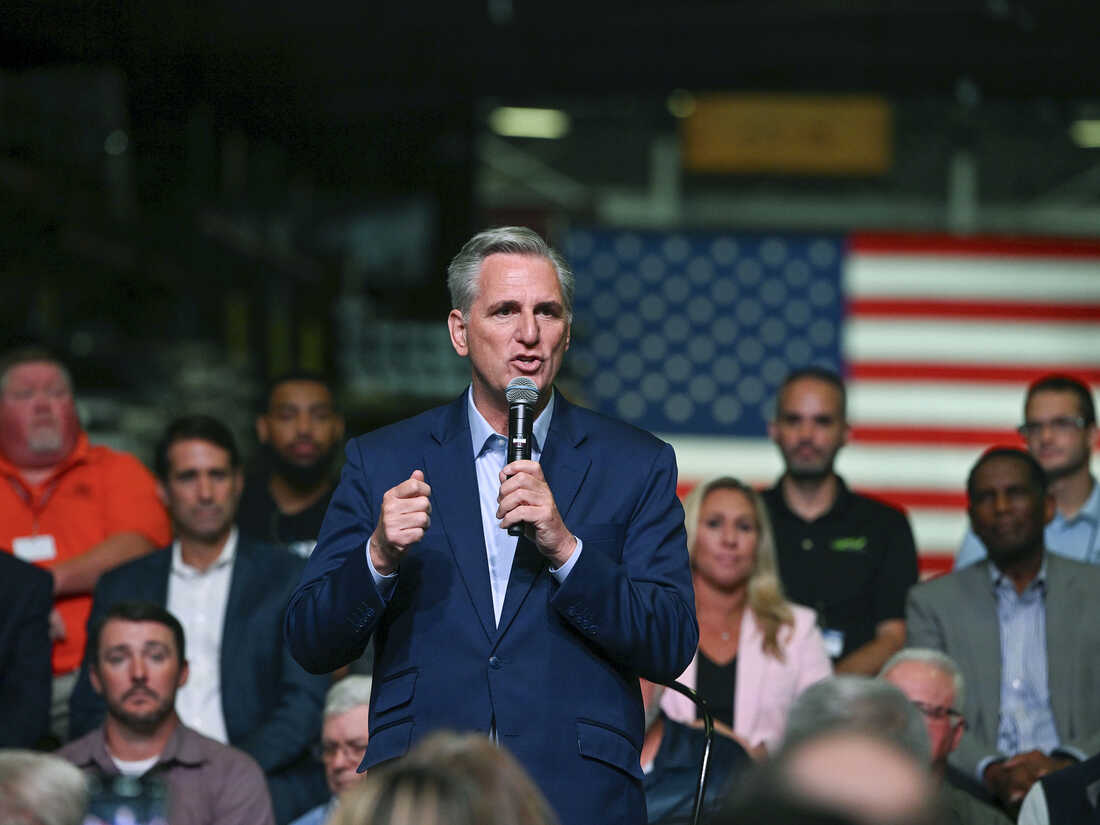 As Republicans prepare to take control of the U.S. House of Representatives next week, the highlights of their approach to climate change and energy issues can be summed up in a Toby Keith song. “Made in America” centers on an aging farmer with “dirty hands and a clean soul.” The song says it “breaks his heart seeing foreign cars, filled with fuel that isn’t ours.” The video shows an older white man, flags waving and builds to a crescendo of, “He ain’t prejudice, he’s just made in America.” The song, released more than a decade ago, played as Republican House leaders strode on stage near Pittsburgh in September to announce their “Commitment to America.” In addition to issues like crime and immigration, energy and climate policy comes under a section on the economy on current Republican leader Kevin McCarthy’s website. The plans include boosting domestic oil and gas drilling, building more climate-friendly energy sources like nuclear and hydropower, changing environmental permitting to make construction easier, securing supply chains so other countries — notably China — can’t dominate them and planting trees to pull more carbon from the atmosphere.

Like Keith’s song, the plans may sound straightforward but dig deeper and it’s more complicated. It’s not clear these efforts would lead to the greenhouse gas emission reductions scientists say are needed to keep warming less than 1.5 degrees Celsius above pre-industrial levels and avoid the worst effects of climate change. Beyond that, it’s unlikely the slim Republican majority in the House will be able to pass the legislation proposed, because Democrats still control the Senate and the White House. Making a statement While House Republicans may have difficulty passing laws, their majority comes with a big voice and they plan to use it. At the event outside Pittsburgh, Republican Whip and Louisiana Rep. Steve Scalise highlighted concern over gasoline prices and the cost to heat homes. “We have a plan to lower energy costs — to get us back, not only to lower energy costs, but energy independence. We shouldn’t be buying oil and natural gas from Russia or Iran or Saudi Arabia. We can make it right here in America, like you make steel in Pittsburgh,” said Scalise as the crowd applauded. From that, you might not know U.S. oil production has been on the rise for more than a decade and most imported oil comes from Canada. Also, the U.S. was a net exporter of petroleum products for 2020 and 2021.
Despite a warming planet, Republicans and the oil industry say there’s room for more growth in domestic fossil fuel production. It’s worth noting that oil and gas companies give campaign contributions overwhelmingly to the GOP. Another way Republican leaders plan to use their new voice is by scrutinizing a budget law Democrats passed this year, called the Inflation Reduction Act (IRA). It allocates the most money ever for climate change efforts, about $370 billion. Some Republicans are particularly interested in a Department of Energy loan program designed to advance cleaner technologies the private sector won’t yet fund. Under the IRA, the program will be expanded. “It’s Solyndra on steroids,” says Washington Rep. Cathy McMorris Rodgers, who is the Republican leader on the House Energy and Commerce Committee and likely will become chair. Solyndra was a solar power company, backed by federal loan guarantees, that collapsed in a spectacular bankruptcy during the Obama administration. It cost the federal government more than a half-billion dollars, though the loan guarantee program recovered from that loss a few years later. In a video on Twitter McMorris Rodgers expressed concern that the IRA, “pumps $250 billion of loan authority into a similar type of loan guarantee program.” She sent a letter to Energy Secretary Jennifer Granholm about the loan program. Republicans on the Energy and Commerce Committee at the end of September sent more than a dozen inquiries to the Biden administration — a preview of the oversight work GOP leaders say they expect to do more of in 2023. Climate groups shift focus For climate and environmental groups, GOP co …