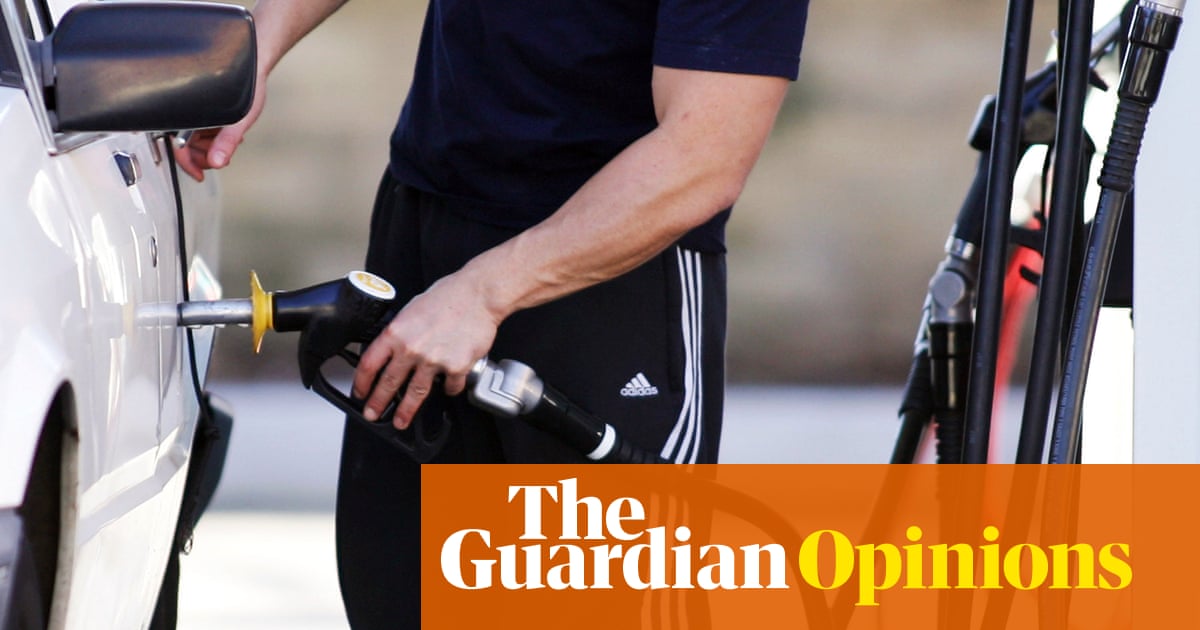 The year in Australian economics: inflation roars, interest rates bite and real wages fall off a cliffGreg Jericho Energy companies began swimming in cash and unemployment kept dropping in a 2022 that defied predictions

Get our morning and afternoon news emails, free app or daily news podcast
Higher petrol prices have been a major driver of inflation, which is the biggest economic story of the year, Greg Jericho writes. Photograph: Bloomberg/Getty ImagesHigher petrol prices have been a major driver of inflation, which is the biggest economic story of the year, Greg Jericho writes. Photograph: Bloomberg/Getty ImagesAnd so we come to the end of 2022, an economic year of two budgets and unemployment and inflation at levels not seen for decades.So what were the key economic stories?Inflation and the Russian invasion of UkraineThe biggest economic story of the year is inflation – and the impact of the illegal invasion of Ukraine that took it from a transitory problem to one that has kept on going.The big winners of course are the oil, gas and coal companies, which made obscene profits amid the human suffering:[embedded content]If the graph does not display click herePrices were already rising for oil and coal as the pent up demand from the lockdowns generated good business for energy companies. Then Vladimir Putin decided to invade a sovereign nation and those energy companies were able to start swimming in cash like Scrooge McDuck in his money bin.That the idea of taxing their windfall profits is seen by some commentators as an extreme idea is truly a depressing moment in our polity.As energy prices rose, so too did inflation:[embedded content]If the graph does not display click hereBut in Australia the biggest driver of inflation was house prices – or more specifically the “new dwelling purchases by owner occupiers”, which is the price of building a new home, excluding the cost of land.In the 12 months to September, it accounted for a quarter of all inflation growth.[embedded content]If the graph does not display click hereTake away the cost of building a new home, which is hardly a regular purchase, and inflation falls to 5.5%.The next biggest contributors to annual inflation were petrol prices – due to the rising world oil price – and the price of vegetables, which soared due to floods.The pandemic showed us that poverty is a policy choice – we must do better | Greg JerichoRead moreNeither of those things care all that much about interest rates.Which takes us to the Reserve Bank of Australia and what it is doing.Interest rates no longer at record lowsThis is one that took me by surprise. I did not think the RBA would be so hard line, especially given much of the inflation was driven by international events.Even the RBA was taken by surprise. In February, the Reserve Bank governor Philip Lowe said that although the bank had ceased purchasing bonds, this “does not imply a near-term increase in interest rates”. He also suggested that underlying inflation would “increase further in coming quarters to around 3¼ per cent, before declining to around 2¾ per cent over 2023”.Underlying inflation is now 6.1% and the RBA expects it to hit 6.5% before declining to 3.8% though 2023.At the start of the year the market anticipated the cash rate to now be at 0.85%. By April, the expectation was for it to reach 2%. Once the RBA increased rates in May expectations rose and by June the market priced in a December cash rate of 2.7%.The actual rate is 3.1%.[embedded content]If the graph does not display click hereOver the past eight months the repayments on a new $500,000 loan have risen 41% from $2,232 a month to $3,144.For current mortgage holders, the increase has not been that great because some of their rate rises are still flowing through. The market predicts at least a couple more rises – with the peak at about 3.75% in August next year.Journalist: ‘Would you support a wage hike of at least 5.1% just to keep up with inflation?’ Albanese: ‘Absolutely’When Anthony Albanese supported the minimum wage increasing in line with inflation growth, I began to start feeling confident the Labor party would win the election.This wasn’t just because of his position, but because the overblown reaction absolutely tanked. Journalists suggested it signalled a return to the 1970s, Scott Morrison said it showed Albanese was a “loose unit”, and all the while voters were asking, “Errr, what world are you living in?”Wages growth – or the lack of it – came to the fore in the election and Albanese hit the perfect note, while Morrison and those very serious commentators who kept banging on about a wage-price spiral looked increasingly out of touch.The RBA has also taken to warning of the dangers of a wage-price spiral. But all the while real wages are falling faster than they have since the ABS started measuring wages in 1997:[embedded content]If the graph does not display click hereUnemployment with a 3 in front of itWe should be seeing some better wage growth because right now unemployment and underemployment are extremely low.In March, unemployment went below 4% for the first time since doing so for a mon …