There’s a lithium mining boom, but it’s not a jobs bonanza – NPR 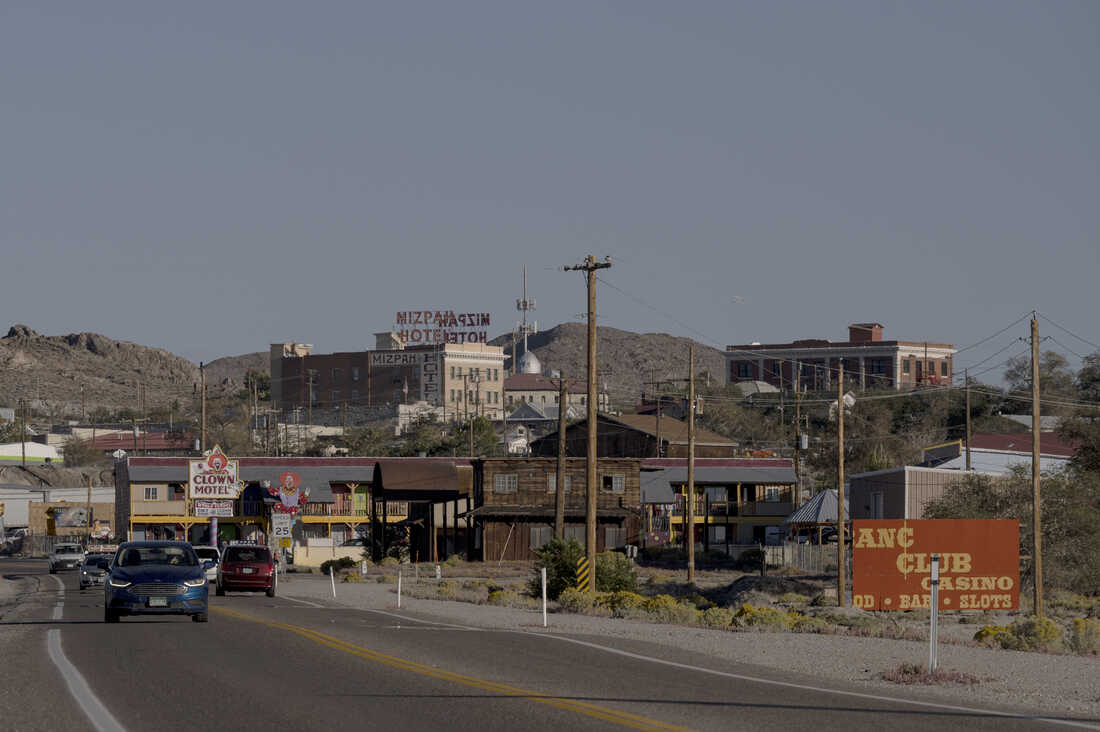 The town of Tonopah, Nev., was born out of a silver rush. A frantic race to extract a natural resource created a town of more than 10,000 people — for a while. Today, Tonopah is home to a little over 2,000 people. But there’s a new mining boom in town. You can see it when you check in at the old Mitzpah Hotel, all faded glory, ghost stories and tales about Wyatt Earp. Above the cash register, next to a chandelier, a screen advertises a lithium exploration company. And forty minutes outside of town, Silver Peak lithium mine is in the process of doubling production.

Lithium is essential to producing rechargeable batteries, like the giant ones used in electric vehicles. Demand is soaring. And, after decades of shifting production overseas, the auto industry is now racing to move supply chains back to the U.S. — especially for batteries, from raw materials all the way to assembly. It’s a major priority for the Biden administration, which says this onshoring will reduce dependency on countries like China and boost American jobs. Mining is a part of this push — sometimes a controversial one. And there is a strong case for how domestic production of essential minerals improves the security of American supply chains.

But employment is another story. Unlike the glory days of Tonopah — or, for a modern example, the oil boomtowns in North Dakota and West Texas — this race to pull resources from the ground isn’t looking like a jobs bonanza. Take Silver Peak’s investment to double its output. “I believe we’re increasing — probably it won’t sound like a lot — I think it’s about 5 to 10 new employees,” says Karen Narwold, the chief administration officer of Albemarle. Silver Peak is a brine mine, harvesting the power of the sun to concentrate lithium inside salty water. It only employed about 70 people to begin with, running pumps and maintaining equipment. Other mines require more workers, relatively speaking. John Evans, the CEO of Lithium Americas, is trying to open a mine in Thacker Pass, in northern Nevada. (It’s currently facing legal challenges from local opponents of the mine.) He says the mine, once operational, would employ about 300 people.

But he also notes that the total number of mines opening simply won’t be huge. “If there’s five or six of these in the next ten years I think we’re doing pretty good,” Evans says. It adds up to a relatively modest jobs impact, overall. Phil Jordan is vice president of BW Research, a consultancy that focuses on workforce and energy. He’s done modeling work recently on how government incentives, like in the big climate bill this summer, affect different parts of the supply chain.
“There certainly are increases in mining jobs,” he says. “But those increases would be, you know, maybe a thousand jobs that would last for ten years.” That’s dwarfed by the jobs created in manufacturing, or in clean energy construction. And it’s a tiny fraction of the more than half a million jobs supported by those incentives overall. Kwasi Ampofo, head of metals and mining for BloombergNEF, says it’s not surprising that the job numbers would be modest. “Mines in developed countries have had a very, very low labor footprint,” he says, and automation and other technological improvements only reduce the labor needs. The mining industry, for its part, emphasizes that the jobs involved are highly compensated, and located in rural areas that may have few other options. “Our average wage is over $95,000 a year,” says Tyre Gray, the president and CEO of the Nevada Mining Association. “And when you talk about wages like that, those are the types of wages that allow you to change your family’s life.” And Evans, from the Thacker Pass project, says the real value of building mines in the U.S. isn’t the mining jobs it creates, but what it enables further down the supply chain, by creating a more secure source for minerals. “All the battery components — cathodes, anodes, the separators, all that stuff — that’s going to whe …