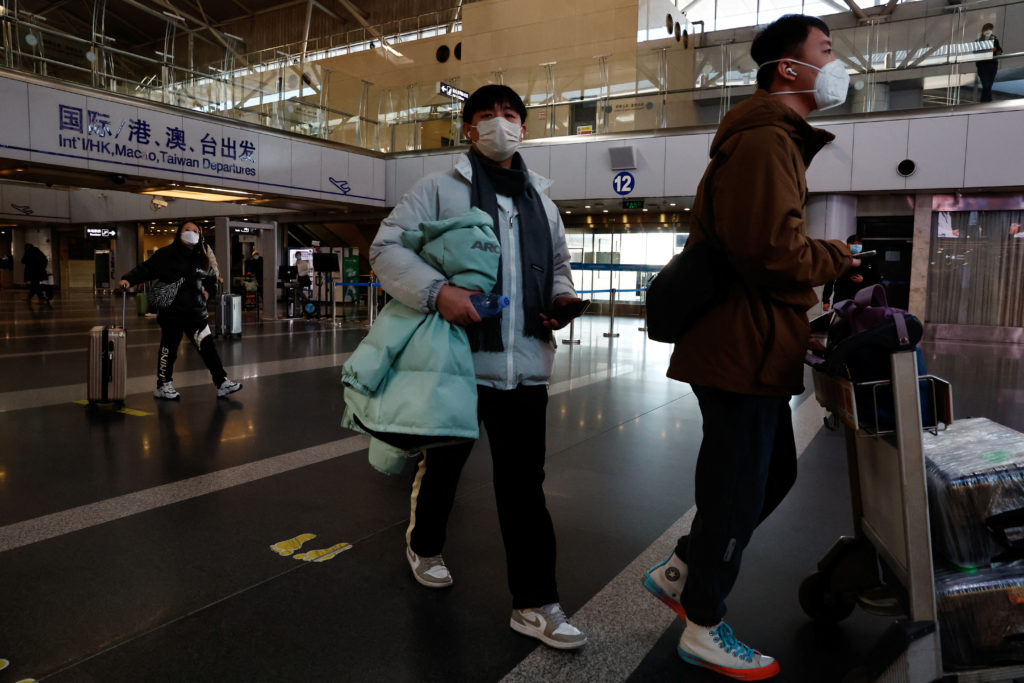 BEIJING (AP) — The Chinese government sharply criticized COVID-19 testing requirements imposed on passengers from China and threatened countermeasures against countries involved, which include the U.S. and several European nations.
“We believe that the entry restrictions adopted by some countries targeting China lack scientific basis, and some excessive practices are even more unacceptable,” Foreign Ministry spokesperson Mao Ning said at a daily briefing Tuesday.
READ MORE: European Union tries to coordinate COVID travel policies for China
“We are firmly opposed to attempts to manipulate the COVID measures for political purposes and will take countermeasures based on the principle of reciprocity,” she said. Mao did not specify what steps China might take.
The comments were China’s sharpest to date on the issue. Australia and Canada this week joined a growing list of countries requiring travelers from China to take a COVID-19 test prior to boarding their flight, as China battles a nationwide outbreak of the coronavirus after abruptly easing restrictions that were in place for much of the pandemic.
Other countries including the U.S., U.K., India, Japan and several European nations have announced tougher COVID-19 measures on travelers from China amid concerns over a lack of data on infections in China and fears of the possibility that new variants may emerge.
French Prime Minister Elisabeth Borne defended the tests. Starting Wednesday, anyone flying from China to France will have to present a negativ …