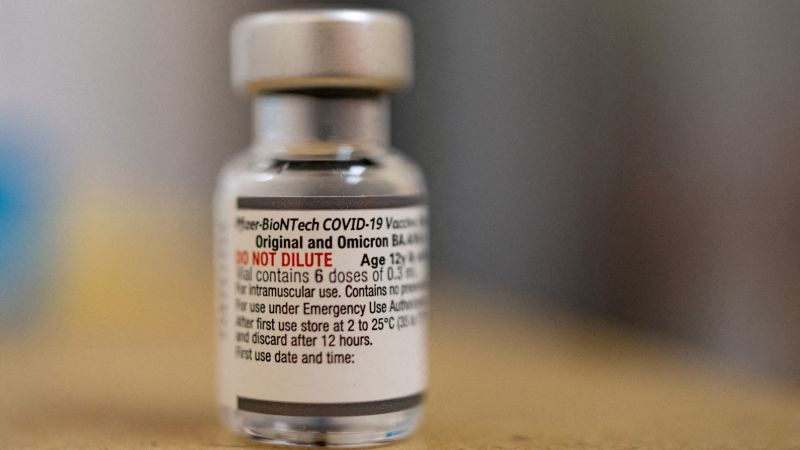 The US Centers for Disease Control and Prevention said Friday that there is a possible safety issue with the bivalent Covid-19 vaccine made by Pfizer and BioNTech but that it is unlikely to represent a true risk. The agency said it continues to recommend that people stay up-to-date with Covid-19 vaccines.

The CDC said one of its vaccine safety monitoring systems – a “near real-time surveillance system” called the Vaccine Safety Datalink – detected a possible increase in a certain kind of stroke in people 65 and older who recently got one of Pfizer’s updated booster shots.

A rapid response analysis of that signal revealed that seniors who got an bivalent booster might be more likely to have ischemic strokes within the first three weeks after their shots, compared with weeks four through six.

Ischemic strokes, the most common form, are blockages of blood to the brain. They’re usually caused by clots.

The Vaccine Safety Datalink, or VSD, is a network of large health systems across the nation that provides data about the safety and efficacy of vaccines through patients’ electronic health records. The CDC said it had identified possible confounding factors in the data coming from the VSD that may be biasing the data and need further investigation.

Of about 550,000 seniors who got Pfizer bivalent boosters and were tracked by the VSD, 130 had strokes in the three weeks after the shot, according to a CDC official who spoke to CNN on condition of anonymity because they weren’t authorized to share the data. None of the 130 people died.

The number of strokes detected is relatively small, said Dr. William Schaffner, an infectious disease expert at Vanderbilt University and a member of the CDC …