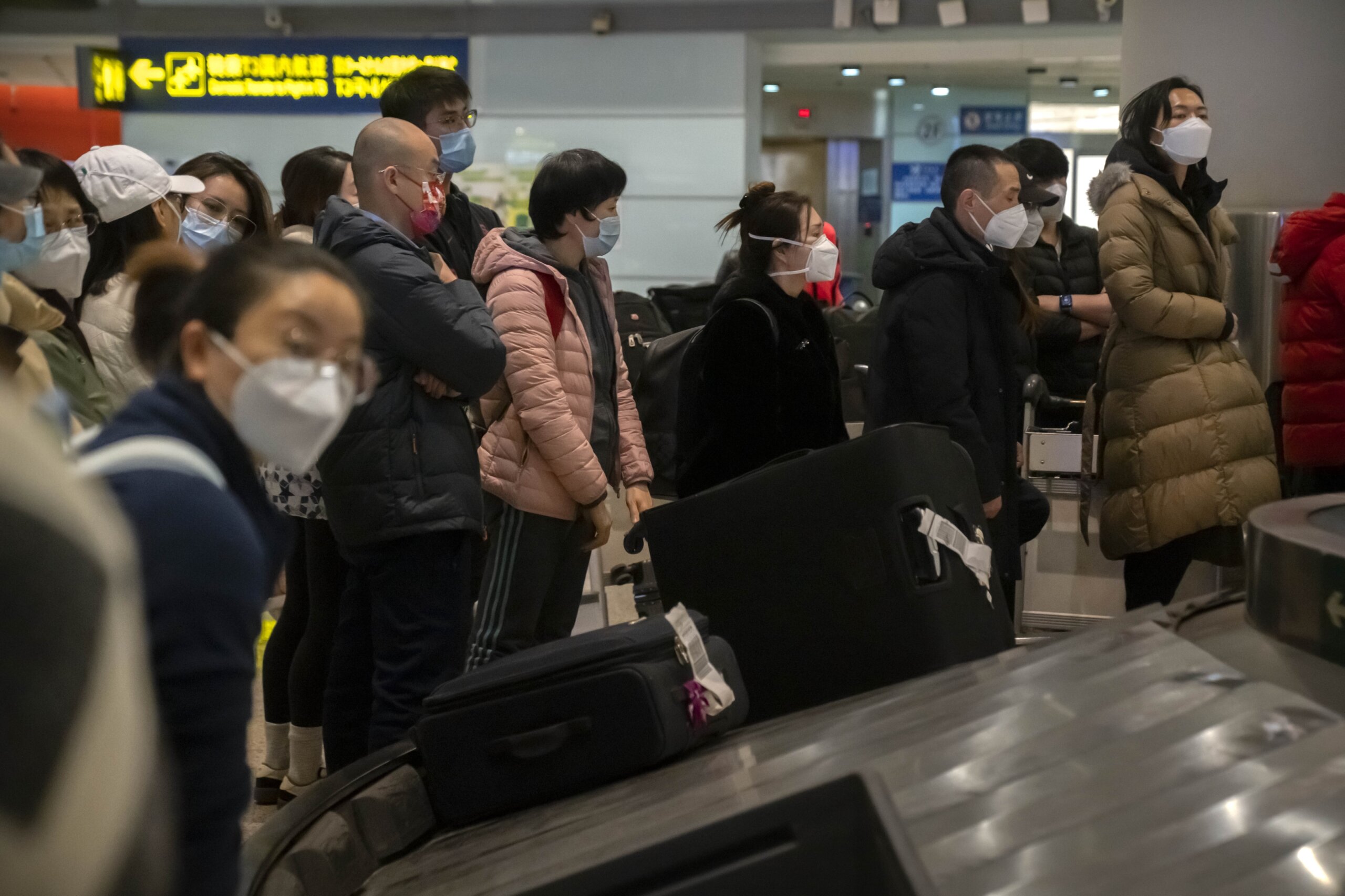 BEIJING (AP) — Chinese embassies suspended issuing new visas for South Koreans and Japanese on Tuesday in apparent retaliation for COVID-19 testing requirements recently imposed by those countries on travelers from China.
The embassies in Tokyo and Seoul announced the suspensions in brief online notices.
The Seoul notice, posted on the embassy’s WeChat social media account, said the ban would continue until South Korea lifts its “discriminatory entry measures” against China. The announcement covered tourist, business and some other visas.
China’s Foreign Ministry threatened countermeasures last week against countries that had announced new virus testing requirements for travelers from China. At least 10 in Europe, North America and Asia have done so recently, with officials expressing concern about a lack of information about rapidly spreading virus outbreaks in China.
It wasn’t clear why South Korea and Japan were targeted, and whether the suspensions would be expanded to other countries that have imposed virus testing on passengers from China.
China’s embassy in Tokyo said only that visa issuance had been suspended. The announcements appeared to apply only to new applicants, with nothing about people currently holding visas.
South Korea’s Foreign Ministry said in a statement that “our government’s step to strengthen anti-virus measures on passengers arriving from China is based on scientific and objective evidence. We have provided information to the international community in a transparent m …