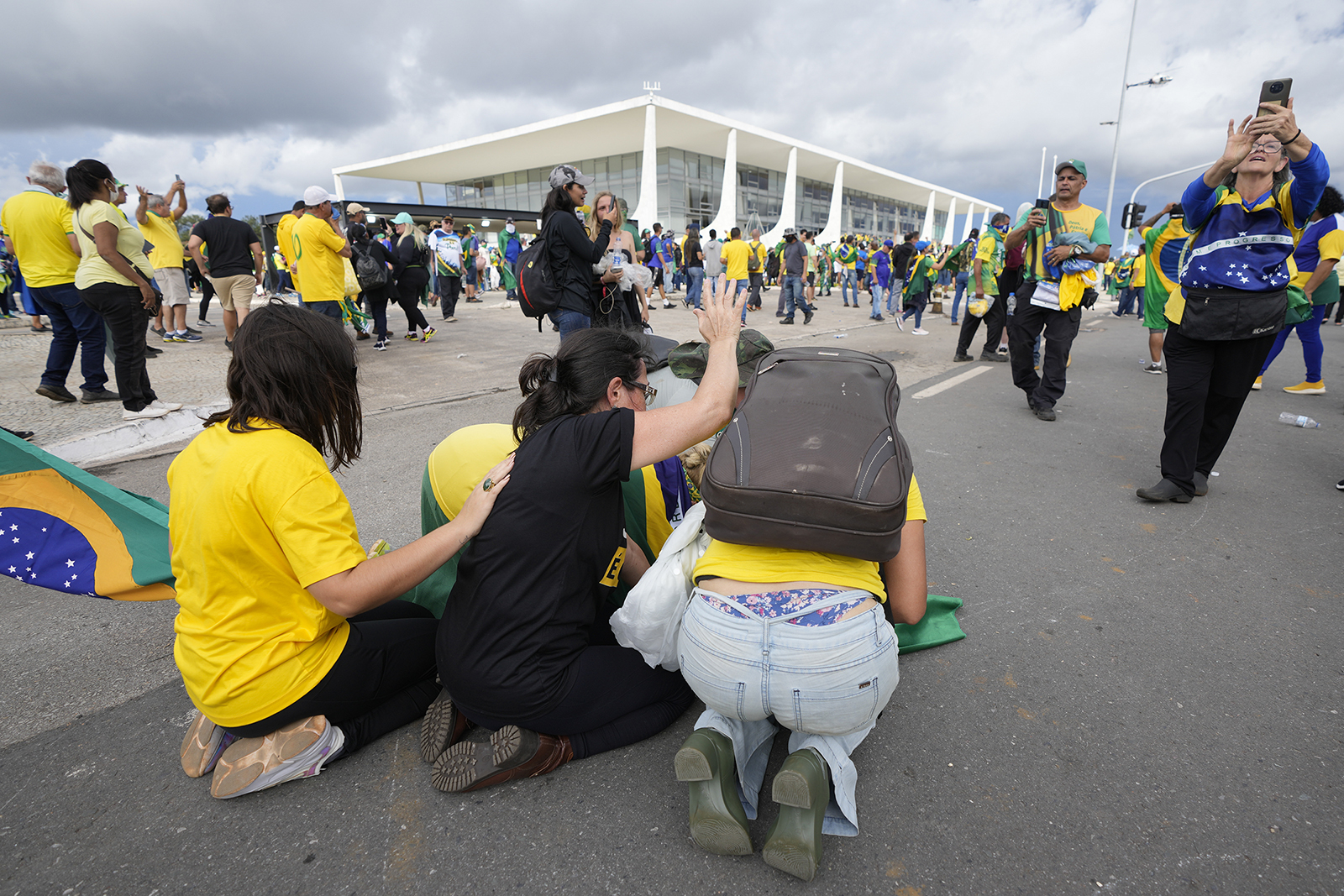 SÃO PAULO (RNS) — The storming of the capital city of Brasília on Jan. 8 by thousands of supporters of Brazil’s former president, Jair Bolsonaro, not only left a trail of destruction, but demonstrated that a very well-organized segment of the country’s citizenry is willing to see a military dictatorship take power.In the aftermath of the destructive riot, which has been likened to the Jan. 6, 2021, insurrection at the U.S. Capitol, President Luiz Inácio Lula da Silva’s administration has detained around 1,800 people who invaded government buildings.
Among those arrested were at least four evangelical pastors, according to Agência Pública, a Brazilian investigative news agency, which analyzed the government labor records of 1,398 detained demonstrators. The pastors were representative of the significant presence of evangelicals and Catholics among the mob.
It has become clear that hundreds of Christian organizations — neo-Pentecostal churches especially, but also Catholic groups — were involved with or had members take part in the attempted coup.
Numerous videos posted on social media showed rioters praying, shouting Christian slogans and singing gospel hymns as they stormed the capital buildings. In one of the clips that went viral on Brazilian social media, a group is seen at the Senate’s assembly room and one man shouts over an …