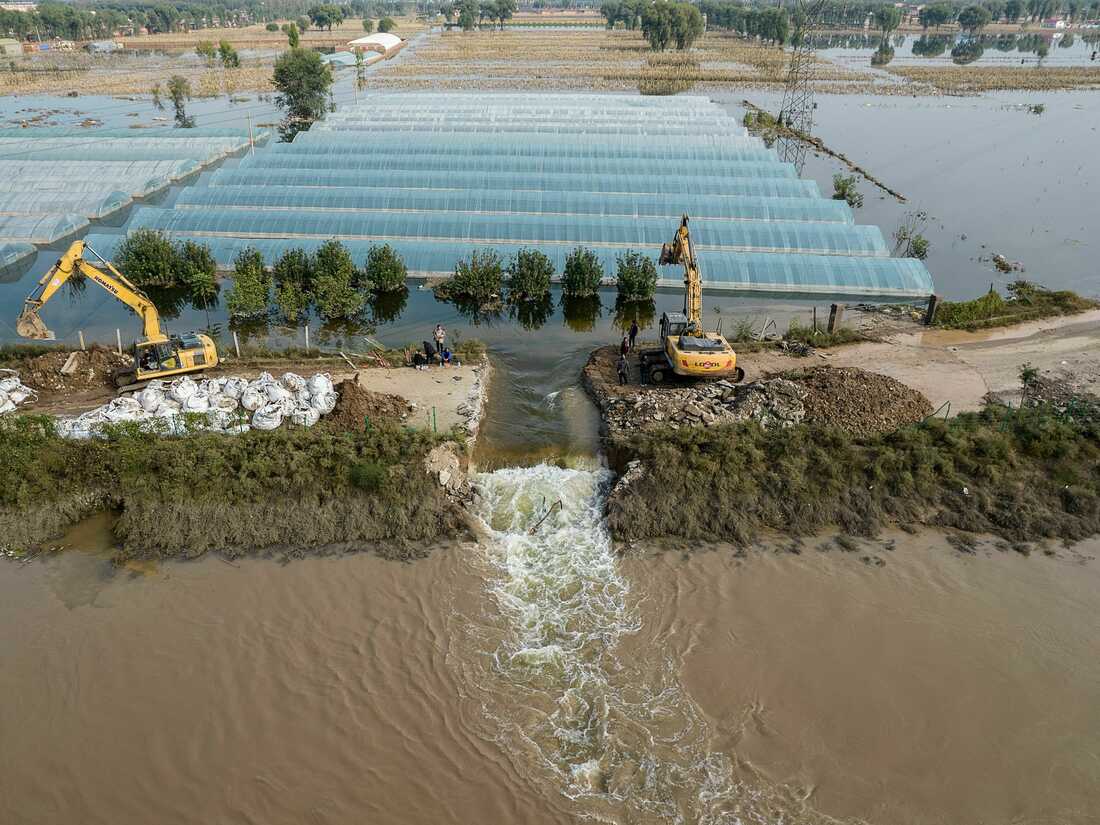 Rescuers dig a spillway to release flood waters after heavy rainfall in China’s northern Shanxi province in 2021. A new report finds that human-caused climate change made the floods about twice as likely.

Climate change is causing the weather around the world to get more extreme, and scientists are increasingly able to pinpoint exactly how the weather is changing as the Earth heats up. A sweeping new report by top climate scientists and meteorologists describes how climate change drove unprecedented heat waves, floods and droughts in recent years. The annual report from the American Meteorological Society (AMS) compiles the leading science about the role of climate change in extreme weather. “It’s a reminder that the risk of extreme events is growing, and they’re affecting every corner of the world,” says Sarah Kapnick, the chief scientist at the National Oceanographic and Atmospheric Administration (NOAA). The Earth is already about 2 degrees Fahrenheit hotter than it was in the late 1800s, and scientists warn that humans must cut greenhouse gas emissions in half this decade to avoid catastrophic warming later this century. One way to understand and predict the effects of a hotter Earth is to look for the fingerprints of climate change on extreme weather events such as floods, heat waves and droughts. The last decade has seen huge leaps forward for the field known as extreme-event attribution science, which uses statistics and climate models to detect global warming’s impact on weather disasters. The extreme drought in California and Nevada in 2021, for example, was six times more likely because of climate change.

One of the big takeaways from the new report is that heat waves that used to be virtually impossible are increasingly likely. “Extreme heat events are more extreme than ever,” says Stephanie Herring, one of the authors of the report and a scientist at NOAA. “Research is showing they’re likely to become the new normal in the not so distant future.” In October 2021 parts of South Korea experienced average temperatures that were 7 degrees Fahrenheit higher than average. In the past, that would have been an exceedingly rare heat wave – something that would never occur twice in a millennium, let alone in a person’s lifetime. But scientists found that if humans do not dramatically reduce greenhouse gas emissions, such heat waves in South Korea will be the new norm by 2060. The connection between climate change and heat waves is particularly well-understood and documented, in part because rising temperatures are relatively simple to measure and predict. …