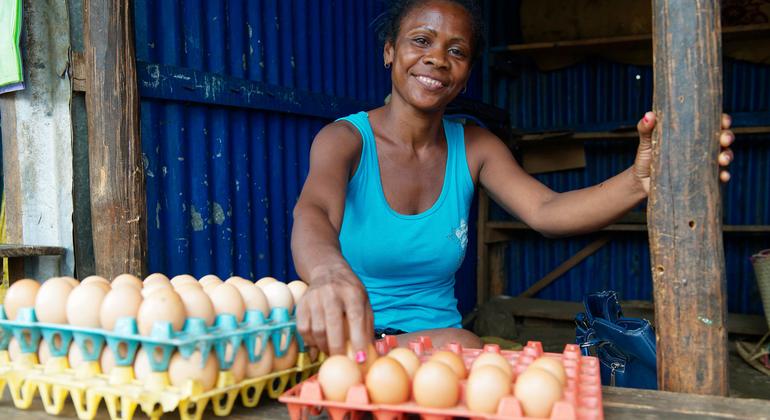 According to the International Labour Organization (ILO), global employment is set to grow by just one per cent in 2023, which is less than half last year’s level.The number of people unemployed around the world is also expected to rise slightly, to 208 million.

This corresponds to a global unemployment rate of 5.8 per cent – or 16 million people – according to ILO’s World Employment and Social Outlook Trends report.

The UN report warns that today’s economic slowdown “means that many workers will have to accept lower quality jobs, often at very low pay, sometimes with insufficient hours”.

This is likely already the case in Europe and other developed countries, thanks to the Ukraine war and the continued disruption of global supply chains, both of which are counteracting the robust stimulus packages implemented to ride out the COVID-19 crisis.

“Real wages we project for 2022 to have declined by 2.2 per cent in advanced countries and of course Europe makes up a significant proportion of advanced countries, versus a rise in real wages in developing countries,” said Richard Samans, Director of ILO’s Research Department.

An equally worrying development is the probability that efforts will be dashed to help the world’s two billion informal workers join the formal employment sector, so that they can benefit from social protection and training opportunities.

“While between 2004 and 2019 we observed decline in incidence of informality globally of five percentage points, it is very likely that this progress will be reversed in the coming years,” said Manuela …