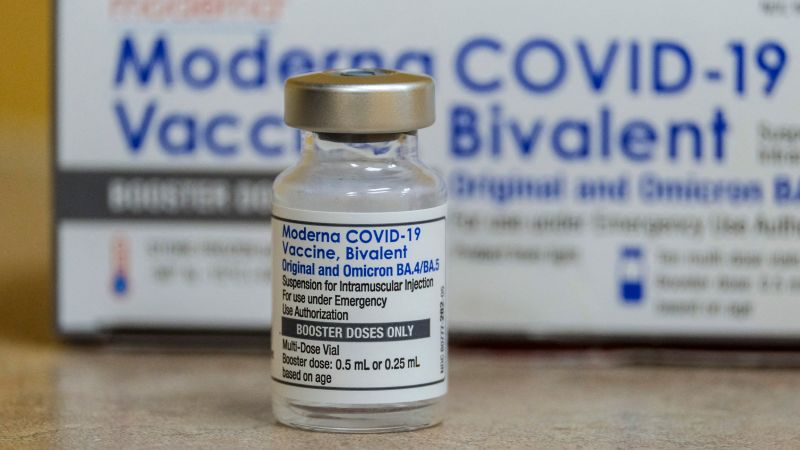 Some vaccine advisers to the federal government say they’re “disappointed” and “angry” that government scientists and the pharmaceutical company Moderna didn’t present a set of infection data on the company’s new Covid-19 booster during meetings last year when the advisers discussed whether the shot should be authorized and made available to the public.

That data suggested the possibility that the updated booster might not be any more effective at preventing Covid-19 infections than the original shots.

The data was early and had many limitations, but several advisers told CNN that they were concerned about a lack of transparency.

US taxpayers spent nearly $5 billion on the new booster, which has been given to more than 48.2 million people in the US.

“I was angry to find out that there was data that was relevant to our decision that we didn’t get to see,” said Dr. Paul Offit, a member of the Vaccines and Related Biological Products Advisory Committee, a group of external advisers that helps the FDA make vaccine decisions. “Decisions that are made for the public have to be made based on all available information – not just some information, but all information.”

At a meeting of this FDA advisory group in June and a meeting in September of a panel that advises the US Centers for Disease Control and Prevention, the experts were presented with reams of information indicating that the new vaccine worked better than the one already on shelves, according to a review of videos and transcripts of those meetings and slide presentations made by Moderna, CDC and FDA officials.

That data – called immunogenicity data – was based on blood work done on study participants to assess how well each vaccine elicited antibodies that fight off the Omicron strain of the virus that causes Covid-19.

The data that was not presented to the experts looked at actual infections: who caught Covid-19 and who did not.

It found that 1.9% of the study participants who received the original booster became infected. Among those who got the updated bivalent vaccine – the one that scientists hoped would work better – a higher percentage, 3.2%, became infected. Both versions of the shot were found to be safe.

Despite these imperfections, the data was included in a preprint study that was posted onl …