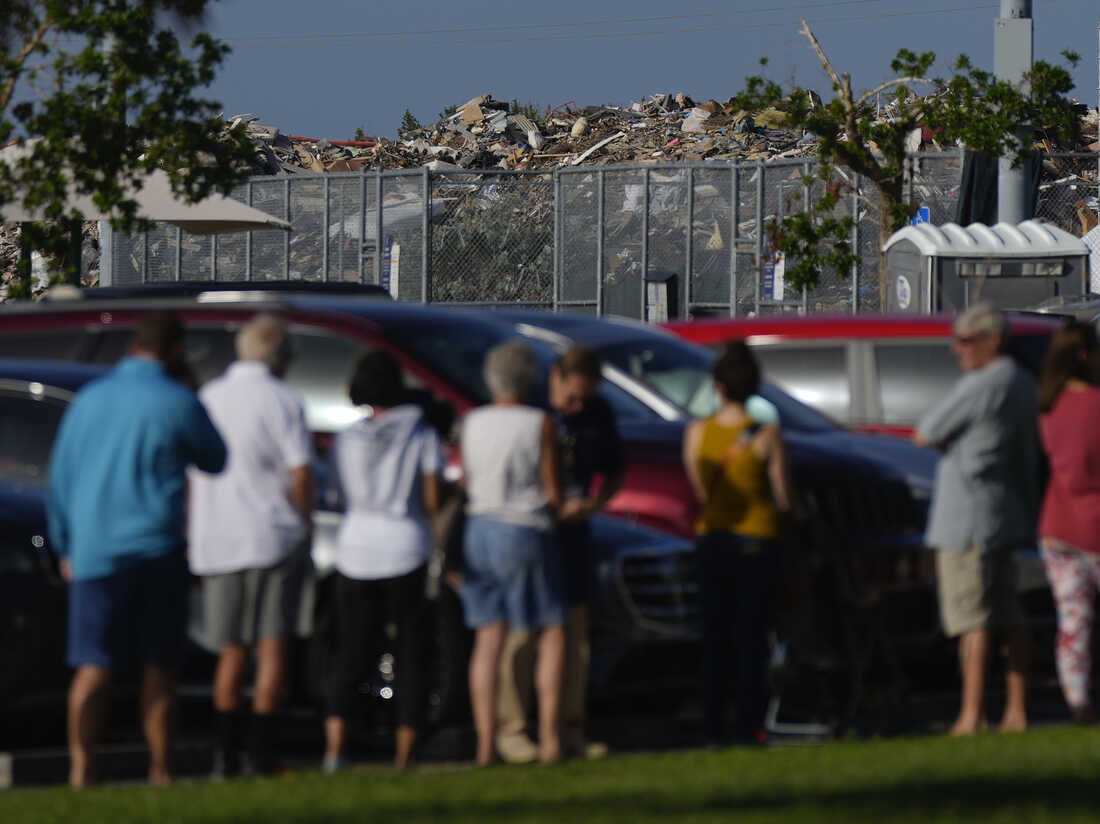 A pile of debris from Hurricane Ian rises behind a line of people waiting to vote in Fort Myers, Fla., in November 2022. Research suggests support for some climate policies increases immediately after climate-driven disasters such as Ian.

Most people are focused on the present: today, tomorrow, maybe next year. Fixing your flat tire is more pressing than figuring out if you should use an electric car. Living by the beach is a lot more fun than figuring out when your house will be underwater because of sea level rise. That basic human relationship with time makes climate change a tricky problem. “I consider climate change the policy problem from hell because you almost couldn’t design a worse fit for our underlying psychology, or our institutions of decision-making,” says Anthony Leiserowitz, the director of the Yale Program on Climate Change Communication. Our obsession with the present obscures the future Those institutions — including companies and governments that ultimately have the power to dramatically reduce greenhouse gas emissions — can be even more obsessed with the present than individuals are. For example, says Leiserowitz, many companies are focused on quarterly earnings and growth. That helps drive short-term behavior, such as leasing new land to drill for fossil fuels, that makes long-term climate change worse.

There are deadlines looming for those elected leaders. The Biden administration pledged to cut emissions in half by 2030. By 2050, humans need to eliminate greenhouse gas emissions entirely in order to avoid the most catastrophic effects of climate change later this century. Fortunately, our collective focus on the present also offers hints, psychologists say, about how to harness that hyperfocus on the present to inspire action. To spur action, speed up the psychological rewards for addressing climate change now For example, there are ways to highlight the quick payoff for addressing climate change. In the political realm, that could mean that an elected official gets more votes because they support policies that reduce emissions. The promise of a benefit in the next election may be more galvanizing than the goal of protecting future generations, even if the latter has more moral weight.
“The benefits that we get today are more salient, and we want them more than benefits that may be larger, but will accrue in the future,” explains Jennifer Jacquet, a researcher and associate professor of environmental studies at New York University who studies the psychology of collective action, including on climate change.

Jacquet says the huge spending bill passed last year by Congress, called the Inflation Reduction Act, is another example of using our focus on the present to drive climate-conscious behavior. The bill includes financial incentives for people who bu …