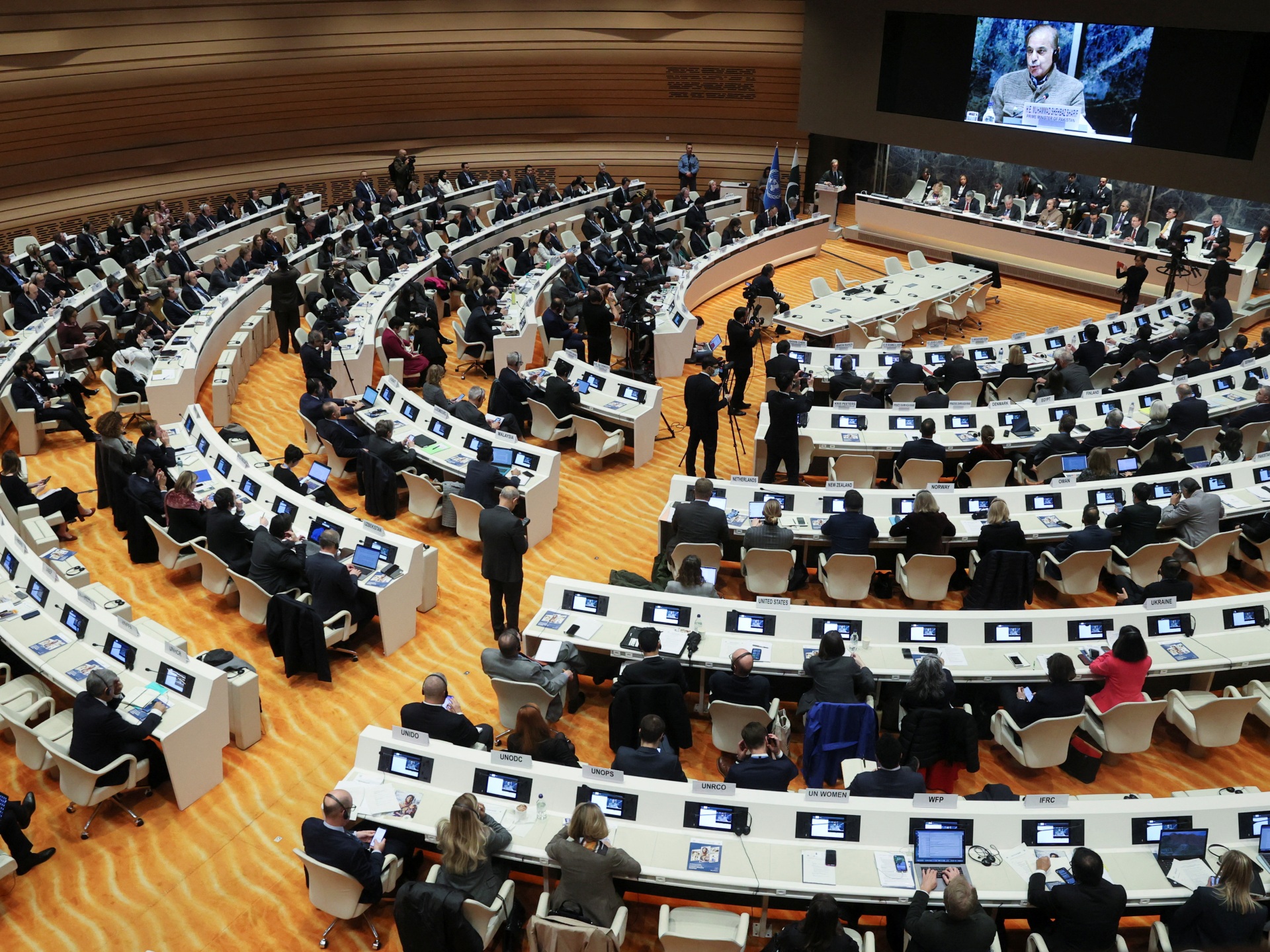 Pakistan says donors at an international conference in Geneva have pledged to give more than $8bn to help it rebuild following last year’s devastating floods.Pakistan is hosting the event in Geneva on Monday with the United Nations as it seeks international assistance to cover around half of a total $16.3bn recovery bill.
Prime Minister Shehbaz Sharif and UN Secretary-General Antonio Guterres kicked off the one-day conference, attended by officials from nearly 40 other countries as well as private donors and international financial institutions.
The unprecedented floods caused by melting glaciers and record monsoon rains last year affected more than 33 million Pakistanis, killing more than 1,700 people and pushing about nine million others into poverty, according to the UN.
Thousands of people are still living in open areas, tents and makeshift homes in Sindh and Balochistan, the two worst-hit provinces, with stagnant water still present in many areas.
Pakistan Information Minister Marriyum Aurangzeb wrote on Twitter that pledges had reached $8.57bn – more than initially sought.

Among the donors were the Islamic Development Bank ($4.2bn), the World Bank ($2bn), the Asian Development Bank ($1.5bn), and the European Union and China, she said. France and the United States also made contributions.
‘We’re racing against time’
Earlier, Guterres praised Pakistan and its people for responding to “this epic tragedy with heroic humanity”.
“We must match the heroic response of the people of Pakistan with our own efforts and massive investments to strengthen their communities for the future,” he said.
“Pakistan is …