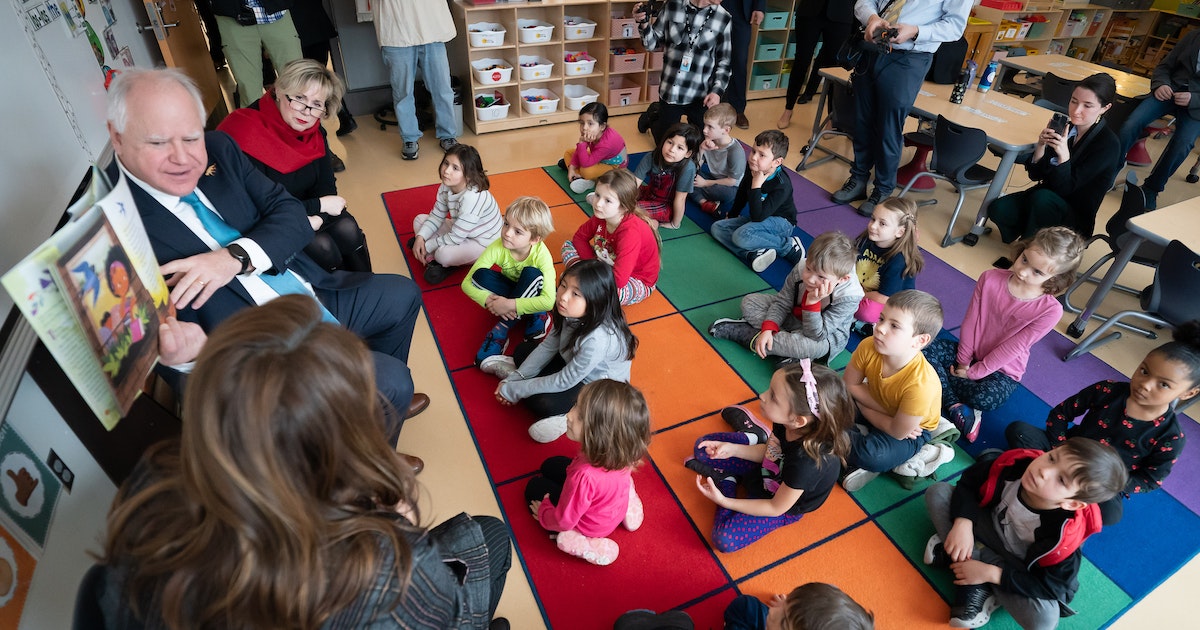 Minnesota Democrats who vowed on the campaign trail to “fully fund” public education are now revealing what that looks like: billions of dollars in new spending for schools to keep up with inflation and pay for costly special education and English learner services.

Gov. Tim Walz and Democratic legislators are seeking to use their newfound control of state government to make the state’s largest-ever investment in public schools. They have a $17.6 billion budget surplus to tap and no Republican majorities standing in their way.

“My messages to families, to students, to teachers, to support staff is, ‘This is the budget for many of us who taught for decades, this is the budget we’re waiting for. This is the transformational moment that can happen,'” Walz said last week at a St. Paul Spanish immersion school.

Walz is proposing a more than $700 million general funding boost for public schools over the next two years and to permanently tie annual increases to inflation. The governor’s office estimates that the inflationary increases would amount to a nearly $1.5 billion funding hike over fiscal years 2026-2027.