The new Covid variant XBB.1.5 and why it’s spreading so quickly – CNN 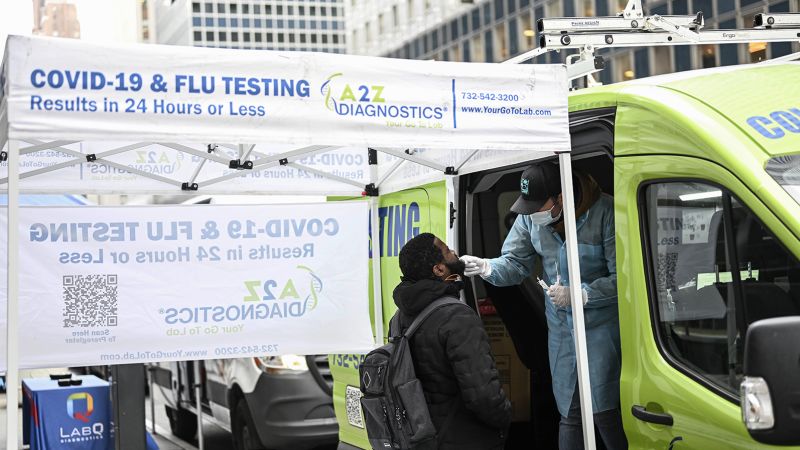 For weeks, scientists have been watching a slew of Omicron descendants duke it out for dominance of Covid-19 transmission in the United States, with the BQs – BQ.1 and BQ.1.1 – seeming to edge out all the others to claim a slight lead.

The result has been a gradual rise in cases and hospitalizations that never seemed to reach the peaks of this summer’s BA.5 wave and was certainly nothing like the tsunami of illness caused by the original Omicron strain a year ago.

But on Friday, the US Centers for Disease Control and Prevention’s Covid-19 variant dashboard revealed a new dark horse that could soon sweep the field: XBB.1.5.

The CDC estimates that XBB.1.5 has more than doubled its share of the Covid-19 pie each week for the last four, rising from about 4% to 41% of new infections over the month of December. In the Northeast, the CDC estimates, XBB.1.5 is causing 75% of new cases.

“For a few months now, we haven’t seen a variant that’s taken off at that speed,” said Pavitra Roychoudhury, director of Covid-19 sequencing at the University of Washington School of Medicine’s virology lab.

Virologists and epidemiologists say this Omicron sublineage has features that give it the potential to drive a new surge of Covid-19 cases in the US, although it’s still unclear how large that wave will be and whether it could send many more people to the hospital.

For all the recent concern that a new Covid-19 threat could come from China’s ongoing surge, experts point out that XBB.1.5 appears to have arisen in the United States. It was first detected in New York and Connecticut in late October, according to GISAID, a global effort to catalog and track variants of the coronavirus.

Trevor Bedford, a professor of computational biology at the Fred Hutchinson Cancer Center in Seattle, said XBB.1.5 has a growth rate similar to that of its distant cousin BA.5.

Bedford has pegged its effective reproductive number – the number of new infections expected to be caused by each infected person – at about 1.6, roughly 40% higher than its next closest competitor.

“I expect it to drive increased circulation in the coming weeks,” Bedford wrote in an email. That increase may not be reflected in case numbers, he pointed out, since more people are testing at home, and their cases may not be counted unless they seek medical care and get a lab test to confirm their results. “So I’d look to hospitalizations in the vulnerable age groups [such a …