From Poker Success to Saving Lives: What Next For AI in 2017? 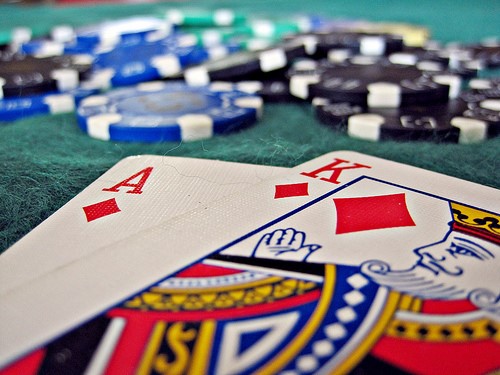 Step aside Phil Ivey; I’m afraid your Ivey League is no longer the gold standard of poker education. That’s right, a new king of poker has been crowned, bouncing back incredibly from the crushing jaws of defeat in 2015. Fans of poker worldwide, meet your new champion: Libratus!

…But Who Is Libratus?

What makes this new champion really incredible is the fact that Libratus is actually an AI machine. Scoff all you will, but this “machine” had to defeat four humans in order to earn its current level of attention on the poker circuit. When the AI was defeated back in 2015, playing against the same four humans, it was assumed that games like chess were the ones that computers were going to be restricted to in terms of excelling, rather than activities like poker.

The latter is a game of incomplete information due to players not knowing their opponents’ hands, as well as the rather “human” ability to bluff. On the contrary, chess is a game of complete information. In poker, it’s important to work out the strength of a card hand but there’s also more complicated factors a player has to take into account, which explains the wide appeal of online poker, which has been on the rise since the early noughties. Leading poker brands provide secure payment methods, mobile apps and different variants available, while a look at their websites and blogs will show how much time professional poker players spend working on strategies and exercising their poker reflexes – all considerations that an AI has to also make in order to end up beating humans.

The success of Libratus this year is a sign of computers becoming increasingly intelligent and able to replicate the abilities shown by humans with years of experience under their belts. The victory of the computer, developed in the US in Pittsburg at Carnegie Mellon University,  highlights the rate at which AI is beating all previous predictions in terms of quality and range of skills. The technology is now becoming so advanced that Google and IBM are making computers that can actually function like a human brain, choosing between a range of different thoughts rather than following a simple, straight line like computers of the past.

Is AI Really The Future?

The very idea of AI machines defeating humans in a game that encompasses so many human elements is, in some respects, as concerning as it is remarkable. However, should we really be overly worried about where AI is going?

It is true that developments and advances in technology are taking place all the time, but it seems likely that the story of Libratus at the poker table is a headline-grabbing but not defining moment in this journey in terms of machines versus humans. Ultimately, frivolities at the poker table aside, AI is likely to be progressed primarily to be used as a force for good in the world, rather than to bring to life the sci-fi movie scenarios of AI destroying humanity.

This sort of scenario is already being explored by researchers around the globe. TREWScore is a good example, an algorithm used to scour data to flag early warning signs which could help prevent deaths from sepsis and diabetes. Predicting how technology is going to change and what it can be used for is virtually impossible, but it has been fascinating to get a glimpse into the capabilities of AI so early on this year. Now just keep your eyes peeled at the next World Series of Poker to see if Libratus can really win the big bucks!