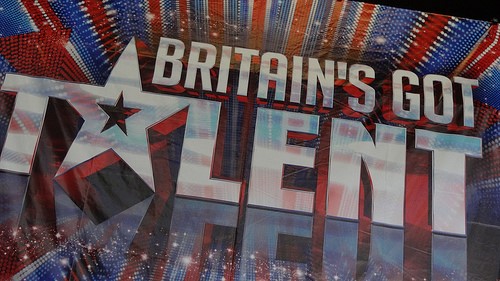 Talent shows have soared in popularity throughout the world in recent years, as a raft of reality TV series such as American Idol and America’s Got Talent hit the airways. These formats have proven extremely popular with viewers across the globe. In fact, the Got Talent series currently reigns supreme as the most successful reality TV format in the world. Its place has been cemented in history, thanks to being officially honored in the Guinness Book of Records due to its huge success.

The Format of the Show is a Hit

The concept is popular due to the fact that it gives amateur performers from any discipline the chance to compete and perform. This is a novel concept, which showcases a huge variety of acts, ranging from animal acts, singers, comedians, dancers, and everything in between.

However, what has really captured people’s attention is the vast amount of prize money on offer, especially within the US edition of the show. America’s Got Talent has a prize value of $1 million dollars, as well as giving successful acts the opportunity to perform in Vegas. This is a huge draw for talented amateurs as it’s a life changing opportunity.

The show has also attracted a wide range of celebrity hosts and judges over the years, including Simon Cowell, David Hasselhoff and Heidi Klum, allowing the show to draw upon their healthy fanbases for additional exposure.

The Got Talent Brand is a Money-Making Machine

America’s Got Talent has been attracted huge amounts of money from sponsors and broadcasters. You just need to look at the net worth of the show’s judges and presenters to realize that it’s a big-money show. Nick Cannon, the show’s current host, reportedly earns up to $70,000 per show. But this is small change when compared to how much head honcho Simon Cowell has managed to earn from the Got Talent brand. Overall, Cowell is worth $550 million, with a big chunk of that worth coming from his involvement with reality TV shows, including the Got Talent series, as well as X Factor. Cowell is also able to negotiate big-money deals for any talent he uncovers within the shows, thanks to his influential Syco Entertainment media company, which also includes Syco Records, home to previous talent show hopefuls One Direction and Little Mix.

The Got Talent series has tapped into a social undercurrent, commanding a huge amount of interest from the public. And the show’s ability to earn money doesn’t stop once the TV shows are over. The series generates important revenue from touring live shows, which sees the most popular acts tour and perform across the country. The brand has also expanded to offer board games, books, DVDs and music albums. In addition to this, Britain’s Got Talent slot games have been developed, which utilize past footage of some of the series’ biggest performers, and sees players dive into the glitz and glamor of the talent show, attempting to progress through the tournament as if they were a contestant. The slot game is available at sites such as Sun Bingo which hosts other slots based on TV shows such as Celebrity Big Brother and Deal Or No Deal slots.

These merchandising options have allowed the series to generate more money, but have also given fans a range of ways to continue to engage with the brand, demonstrating just how popular it has become.

America’s Got Talent Laid the Foundation for International Success

The success of the initial American show allowed the British version, Britain’s Got Talent, to be put into production. It was an instant hit and has produced a string of big-name winners since. Both the American and British versions of the show were such triumphs that it enabled the Got Talent line to expand throughout the world. The show has had over 50 international variants produced to date. The Got Talent empire is a huge success, especially its flagship US and British shows. They have given many talented performers the chance for their routines to be watched and enjoyed by millions of people, and in some cases, have allowed performers to follow their dreams.