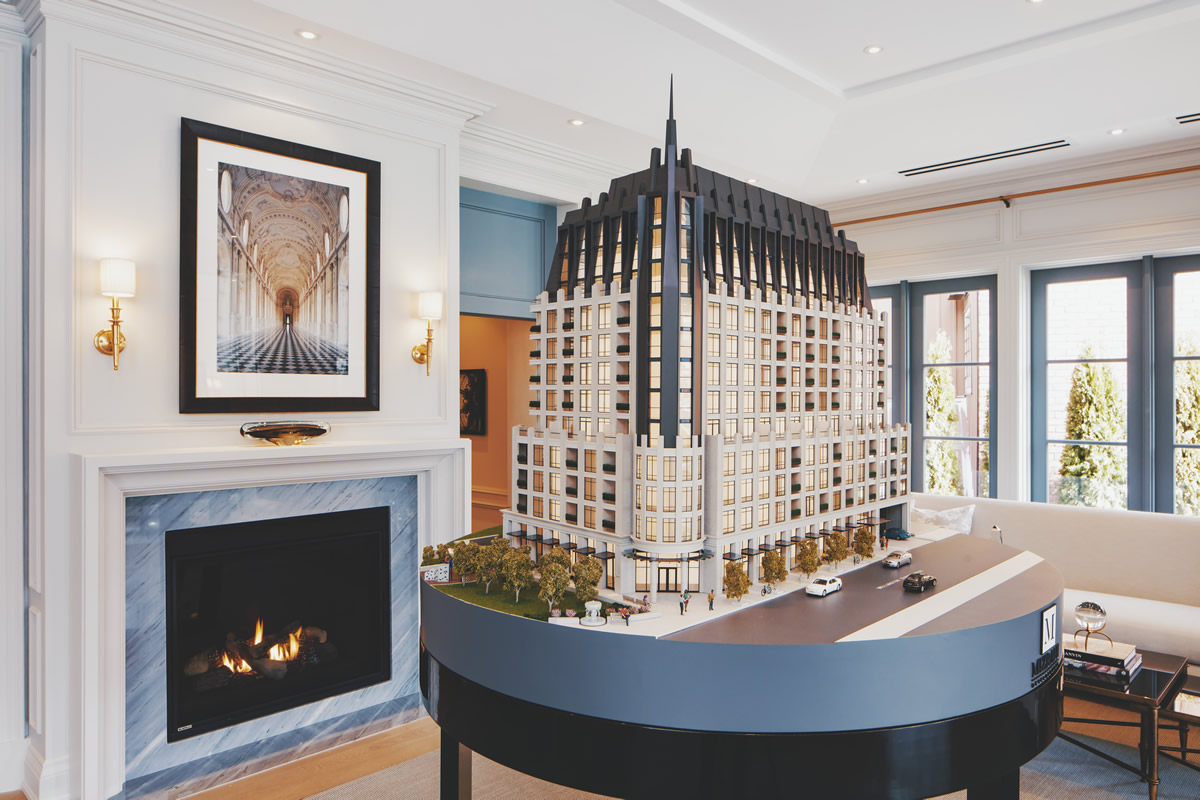 Toronto, and more broadly, the Greater Toronto Area (GTA), is now widely considered Canada’s hottest major real estate market, dethroning former frontrunner, Vancouver.   As mentioned by the Toronto Real Estate Board (TREB) last month, “The average selling price in the GTA was up by 22.3 per cent on a year-over-year basis in January.”

Noteworthy as well, the same article also had TREB mentioning that, “Rates of sales growth were higher for condominium apartments than for low-rise home types.”

The Toronto condominium market has in no small part contributed to the city’s strong real estate trend, with condo sales increasing by 26.7 per cent year-over-year as of January, well above the average home price and the cost of detached homes and townhouses, which rose 7.8 percent and 7.2 percent respectively.

Meanwhile, driven by strong real estate markets, not to mention interest from investors with deep pockets and retirees looking to downsize, the luxury segment of the condo market in particular has enjoyed its share of growth over the past several years.

The luxury condo market has also been home to some of the more forward-thinking architectural design concepts in recent years.

Architectural design is setting condos apart and creating landmarks that are attracting well-deserved attention. New Canadian condominium developments like 1451 Wellington Street, which is slated to begin construction in Ottawa in 2018, and Toronto developments at 128 and 133 Hazelton Avenue, embody a desire to develop residential buildings that are in harmony with and celebrate the neighbourhoods they are in, in part through their architectural design.

The developer behind 1451 Wellington Street and 128 and 133 Hazelton Avenue, Sam Mizrahi, President and founder of Mizrahi Developments, uses each development project as an opportunity to build timeless buildings that are relevant now and twenty years from now.

“Look at Paris and when the buildings were built and how relevant they remain today. And they’ll still be relevant 100 years from now. So we’re looking to build things that are relevant today, yesteryear, and tomorrow. They have a classic design,” Sam Mizrahi explained in a recent interview.

Mizrahi is also behind one of the largest upcoming developments in Toronto, The One, which will be an 80-storey condominium tower located in the downtown core that will be second in height only to the famous CN Tower and designed by prominent international architectural firm, Foster + Partners.

Explaining his priorities as a Canadian developer in more detail, Sam Mizrahi comments, “The very first thing we do when entering a market we’re building in is engage with the community … We collaborate with them, and we start to develop and reverse-engineer the building based on what the community is saying to us. We look at how we can benefit the community as a whole so that by us coming into the community, we’re actually benefiting the neighbourhood experience.”

In addition to The One, Toronto will also be home to two new residential condo towers in the city’s entertainment district, a development designed by famed Canadian-born architect, Frank Gehry.  The building, which will feature Gehry’s unique and identifiable signature, is centered around a conceptual design that includes two six-storey stepped podiums leading up to the residential towers, an art gallery, performing arts centre and both retail and commercial units.

“The design will create a new profile for the arts and entertainment district at the streetscape and in the skyline, add significantly to the John Street Cultural Corridor, and provide new and enhanced public spaces,” said David Mirvish who is partnering with Gehry on the project.

While Mirvish and Gehry strive to build a vibrant arts community hub with their project, architect Bjarke Ingels has a different vision of community high-rise living. Fittingly for one of the most multicultural cities in the world, Ingels found inspiration from one of the oldest societies on the planet, the Mesopotamians.

Using the ziggurat as motivation, Ingels plans to build a tiered ziggurat style tower, which incorporates greenery and foliage on each level. Basing his design off an ancient communal society is no accident — Ingels believes it is the most natural and logical way to add green space in Toronto’s dense urban space.

“It’s true anywhere that people are different, and so places to live and neighbourhoods should be different – and I think this is especially true in Toronto,” said Ingels. “It would be sad if the most diverse city in the world had the most homogenous real estate.”