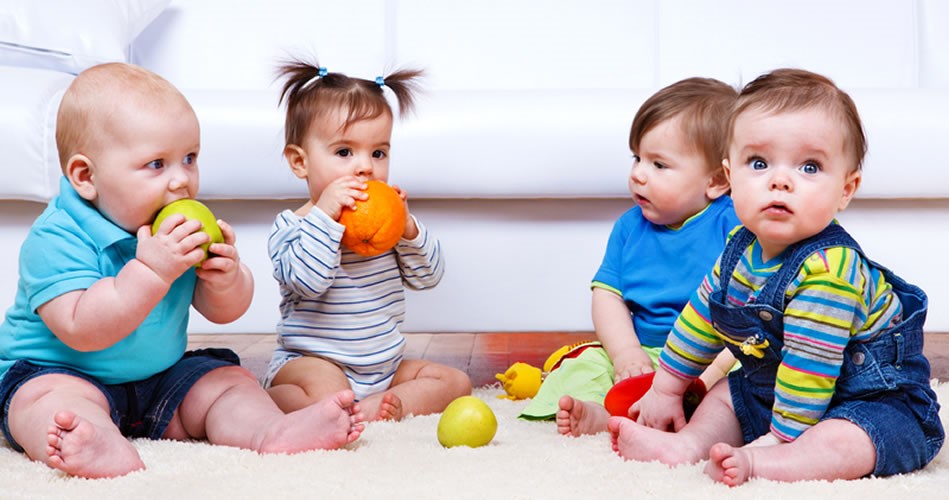 Professor Patricia K. Kuhl from the University of Washington has shared the findings of a study on how babies learn language. According to the research, the infants learn simultaneously in two ways – by paying attention to the sounds and listening to the humans talking to them. During the research, the scientists used sophisticated machines to get a better insight of what’s going inside the brains of the babies while they’re learning.

The whole point of the study was to show that babies are open minded from the very beginning of their lives, meaning that it’s never too early to start learning. Of course, one of the first things babies should learn is language. The people from the Helen Doron institution for English studies agree with this claim, adding that the intellectual capability is not a thing that’s determined with nothing but genes. Instead, it can be improved with brain stimulation starting from the very first months of baby’s life.

Furthermore, the institute adds that it is essential to start with laying the language foundation even as early as three months. Of course, the very first lessons should be rhymes and songs, but as the child grows older, more complicated lessons should be introduced.

Other Skills Baby Should Adopt Early On

In the early stages of child’s life, the parents are encouraged to start with a number of other developmental activities, apart from language learning. They need to pay attention on the physical development of the child, but also to focus on socializing the baby. By helping the child’s social development, the parents assure that he or she will grow to be a stable persona, with high emotional intelligence.

Another thing that is a must when it comes to child development is to focus on the ability to solve problems. In fact, this area of learning might be the most important as it spreads to all other areas. Actually, intelligence is, by definition, the capability to solve problems. This means that parents have that power to make their children more intelligent by working carefully on their development.

Given that the problem-solving is what determines the intelligence of a child, it seems wise to suggest that it should be incorporated into other lessons as well. Instead of focusing only on riddles and games to help your child develop cognitive abilities, perhaps it would be better to start using simple quizzes when teaching them new words.

With every lesson learned needs to come a new challenge, which will serve as a motivating factor. That is why it seems appropriate to start teaching your child a second language. According to an article published in the Independent, there are lots of proofs that learning a new language is much easier for children then for grownups. One of the reasons is that adults simply have too many things on their mind to be able to completely focus on learning. That is why a number of language schools have introduced courses for infants, in which parents can enroll children as young as 3 months.