The Criticality of Quality Offshore Equipment 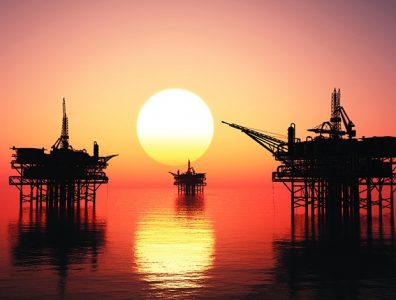 While the world is waiting to see if OPEC will continue with current production cuts and levels in May, many countries are gearing up to increase both exploration and unshuttering of existing fields and wells. This slow increase provides both an opportunity and a danger if the increase either increases spontaneously or companies weary of another crash make cost control decisions that hamper the safety and reliability of their product. For those that employ and engage quality offshore equipment for their properties, this increase in production is an opportunity to take advantage of. By contrast, applying the wrong cost control measures regarding equipment can create a costly and liable situation in short order.

Rising from The Ashes

When the bottom dropped out of the oil price, it walloped many suppliers. Many have gone under while others have been purchased or merged, thus applying the Darwinian concept of the survival of the fittest to the oil and gas industry. This same concept has also allowed a glut of used, partial owned and never used equipment to accumulate in yards across the country. While this can be an advantage for both onshore suppliers and equipment purchasers, the same cannot be said for those offshore. Some of this equipment can certainly be refurbished but for companies that are concerned about potential pricing issues could be tempted to put off this refurbishment or prefer used equipment to new and thereby creating a failure point in their operation.

Using currently manufactured and engineered equipment is a viable means of securing a long-term cost advantage and the expense of a short-term outlay. Not only does newer offshore equipment have the advantage of being built to newer standards and thus have the potential for longer usage times, but new equipment also has the advantage of reducing potential liability and lowering insurance outlays as well. Certainly, the initial investment can be significant over that of previously used equipment; however, the reduction of a failure point in and during operation outweighs that initial concern. Naturally, there is no total elimination of failure concerns. However, newer equipment that has been designed and built to the latest standards and built under the new project techniques represent less of a failure point that other, potentially unreliable equipment.

Even if the safety concerns of older equipment are set aside, the previous high profile offshore incidents create the perception in the public sphere that money is the overriding concern. Granted, often the public is unaware of equipment purchases, however, in the event of a failure occurring, the fact of the purchase status of the equipment will surely be called into question among the various other aspects. It is of course taken for granted that no company bases equipment purchase decisions solely on public perception. Still, it can be a viable means of maintaining goodwill even in offshore situations.

Overall, the main aspect is that the opportunity exists for oil and gas companies to take advantage of the increase in crude prices. However, to do that at the expense of a properly prepared and utilized equipment budget can have far-reaching negative consequences that could appear years after the fact. Given the importance and criticality of offshore equipment in the operations conducted, using newer, well-manufactured, quality tested offshore equipment is an easy way to be better safe than sorry.