Vancouver Goes Even Greener With New Rules for Multi-Unit Construction 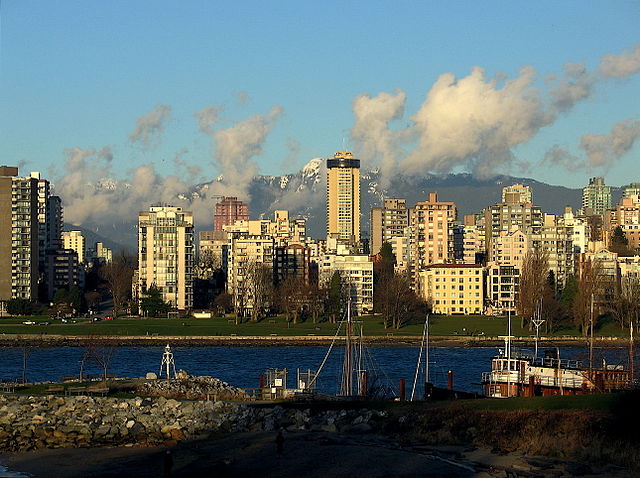 When its ambitious Green Buildings Policy for Rezonings goes into effect May 1, Vancouver will gain even more stature as one of North America’s environmental leaders – especially in the building sector.

But, the new bylaw has sparked questions over the price to be paid for going ever greener, when its rules are expected to not only alter the aesthetics of new multi-unit residential buildings, but also add to construction costs and, ultimately, what buyers can expect to pay.

Vancouver is the greenest city in Canada and one of the greenest in North America overall. There’s a lot to be proud of.  It gets marks for its air quality and its transportation system. For a city with its population, it’s remarkable that 12 percent of its land use is green.  The city recycles twice the average amount of municipal waste (55 percent) as other cities. And its overall environmental governance has been forward thinking and effective.

Yet that hasn’t stopped some from questioning the cost-benefit ratios in this latest step in the drive toward environmental sustainability. Indeed, the cost of designing and building green buildings can add some 10 percent to 30, according to various estimates.

“The building industry gets that there’s a loftier goal here, and we all appreciate our standing as an environmental leader,” said Denis Vranich, a longtime Ontario redeveloper of multi-residential and commercial properties.

His UrbanLife Residential construction arm focuses on green building techniques and aims to reduce the carbon footprint of his buildings to as small as possible. “So we’re very much aligned with Vancouver’s goal of reducing greenhouse gas emissions from new buildings to zero by 2030.”

The bylaw stipulates new standards that become mandatory at rezoning. They include measures intended to deal with the performance of a building’s “envelope,” or walls, windows, doors and roofs. And popular features in new homes, like natural gas fireplaces and cooking will be out, as only gas derived from renewable sources will be allowed.

It could change what new buildings look like. There’s an expectation of fewer windows or additional charges for the popular floor-to-ceiling windows often seen in new condo buildings. That’s because the bylaw recommends reduced glazing and requires high-performance frames and triple-pan windows.

And balconies, if not eliminated altogether, might be smaller. Typically built of concrete and mandated so in some areas, a thermal break in the concrete extrusions forming balconies will be required under the bylaw to reduce heat transfer

If condo buyers want an energy efficient balcony or floor to ceiling windows, then they’ll likely have to pay for them, according to Ann McMullin, Chief Executive of the Urban Development Institute’s Pacific region that represents developers.

She suggested the bylaw’s changes could translate into an extra $10,000 per new high-rise unit; others add that it would push even higher costs for low-rise condos, townhomes, detached single-family homes and major home renovations. And this all is in an environment of rising construction costs in total, with lumber up, a new tariff on drywall boosting prices and power costs up, too, according to Bob de Wit, CEO of the Greater Vancouver Home Builders’ Association.

While UrbanLife’s Denis Vranich agrees that costs will go up, that doesn’t necessarily mean that affordability will be affected. Further, the idea is to produce more energy efficient homes, and, over time, the homeowner can balance things out through savings on utilities.

“This is the way of the future,” added Vranich. “Taking the long view is important if we hope to achieve environmental sustainability. And I think that ultimately, consumers are comfortable with how we’re getting there.”