The WanaCrypt0r 2.0:  The Massive Ransomware That Shook the Tech World in 2017 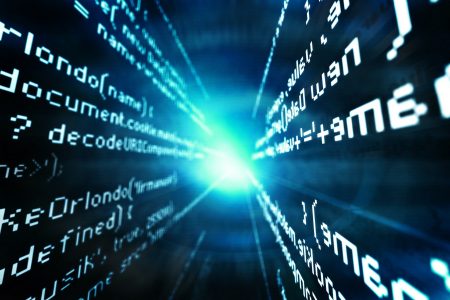 The tech world has a lot of achievements so far, and every industry is enjoying the benefits that come with it. While this is good news, there is a big problem in cases when technology fails to function. This is a rare phenomenon, and even if it happens, experts are always there to work on the problem and business will continue as usual. However, sometimes technology fails because of the work of cyber criminals and if that’s the case, it will take a miracle for you to escape without damages.

Cyber criminals are tech savvy people who are out to wreak havoc among digital consumers through many different means like ransomware, Denial of Service, Malware, phishing and many others.

These acts will prevent you from accessing your important files, or they may steal and even destroy valuable information from your organization.

Although cyber attacks continue to bombard the cyberspace, these attacks have been known for quite a long time. In fact, there are different measures that cyber security companies, such as a well known Detroit cyber security company CBI, implement for businesses who use their services in order to help them prevent cyber-attacks.

The problem is that many companies believe that it is not necessary to use such services as they could not possibly become a target anytime soon.

The first virus transmitted on the internet was the Morris Worm in 1988 which infected 6000 computers and caused up to $100 million in repair bills. Despite such losses, this was only caused by an unfortunate accident.

Over the years, other forms of cyber attacks have continued to emerge, each causing greater loss than its predecessor:

Ransomware is a kind of malware that hackers use to take control of your files, block them and deny you access until you make a payment. It is becoming a common form of cyber-attack because it enables the hackers to get quick money. It is believed that hackers stole the hacking tools created by the US spy agency and used it to infect over 50,000 computers across many countries. Apparently, the security agency had earlier identified a security flaw in Microsoft Windows which was exploited by the hackers.

The most affected victims were the Britain’s National Health Service, Russian interior ministry, and FedEx among many others. The hackers demanded a ransom of between $300 and $600 to be made using Bitcoins for the files to be decrypted.

Could WannaCry ransomware have been avoided?

The subsequent infections by WannaCry were stopped by a security researcher in the UK through the registration of the domain in its code; this was a preventable attack only if the companies and individuals learned to perform frequent updates of their software. Many organizations do not recognize the importance of cyber security until something happens to them like the loss of information or denial of service through ransomware.

It’s nice to enjoy all the tech innovations that are available today, but the whole experience may be limited by the ever-evolving cyber threats that you constantly need to be on the lookout for. And you may not always be able to deal with these threats on your own. Sometimes, you just need to use the services of cyber security companies.

Tabitha Gits is an influencer marketing pro with Brown Box Branding  who is passionate about building authentic relationships and helping businesses connect with their ideal online audience. She keeps her finger on the pulse of the ever-evolving digital marketing world by writing on the latest marketing advancements​ and focuses on developing customized blogger outreach plans based on industry and competition.