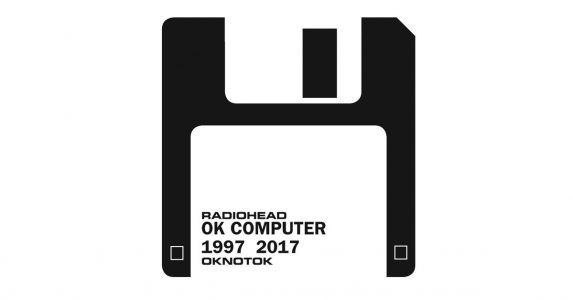 After weeks of cryptic messages and teaser videos, Radiohead has finally thrown us a bone. The band announced it will be releasing a deluxe edition of OK Computer in celebration of the album’s 20th anniversary. The commemorative reissue, called OKNOTOKAY 1997–2017 will be out on June 23 in LP, CD, and digital formats.

OKNOTOKAY 1997–2017 will include the original 12-track album as fans know it, accompanied by previously unreleased tracks and B-sides. In their official release, the band said these songs, which include “Lift”, “I Promise”, and “Man of War”, were “rescued from defunct formats, prised from dark cupboards and brought to light after two decades in cold storage”. This means the entirety of OKNOTOKAY 1997–2017 will be digitally remastered version of their original analogue formats.

For those looking to purchase the physical box set, there’s a substantial OKNOTOKAY Boxed Edition available later in July. This souped-up package promises to be a beautiful collector’s edition replete with never-before-seen material from the band.

In addition to 3 12-inch vinyl record, fans will be pleased to find a hardcover book that puts album liner notes to shame. The book will include artwork, lyrics, and over 100 pages of notes made by Thom Yorke. To top it all off, it will arrive with a C90 mixtape that features session archives and demo tapes the band made while they recorded the original album.

Any version of the commemorative OK Computer has potential to be a great addition to your music collection. It may just inspire you to dust off your guitar and attempt to keep up with Johnny on Paranoid Android. Of course, if it’s been a few years since you touched the fret, it may take a while to get up to Greenwood’s ability at the neck.

While looking up tabs and listening to riffs on repeat is one way to get back into your instruments, signing up for music lessons would get you on a faster track to keeping up with your heroes. For fans who live in Canada, the music instructors at the nation’s largest music store chain, Long & McQuade, can help you wherever you live. With over 60 stores across the country, you can find music lessons in Markham, Winnipeg, or Prince George.

Of course, OKNOTOKAY 1997–2017 is going to be a stellar album even if you only intend to play it on repeat for the next several months. The original album belongs to the elite group to have received a perfect 10 out of 10 from Pitchfork. Still widely accepted as an epic that propelled rock into a new era, it’s held up to its critical acclaim as a landmark album even two decades later.

If you’re ready to pre-order the deluxe addition, skip the band’s official website, and head to OKNOTOK, where each version of the commemorative album is available to purchase.