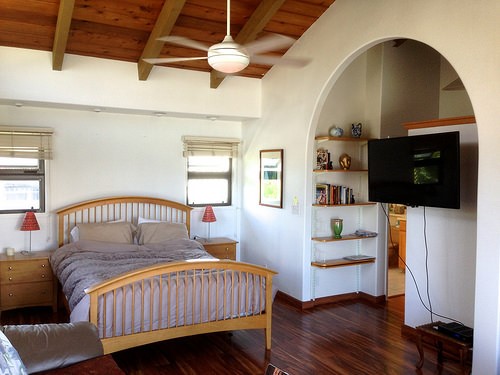 Renter beware. Nothing can spoil a vacation faster than hidden fees, or worse, a run-in with the law. When planning your next Airbnb stay, make sure you conduct thorough research and are aware of the host laws that could affect you, as well as your own rights as a renter.

In 2015, Florida joined North Carolina, Rhode Island, Washington, and a growing number of states that require Airbnb landlords to pay “bed taxes.” More recently, a long-debated law was passed in Virginia to regulate Airbnb rentals to allow localities to more easily collect taxes. Despite the hike in prices for renters, landlords indicate that pricing is still lower than the hotel option, but it’s definitely something to consider before you book a vacation rental.

Vancouver hopes that its new short-term rental law will see the release of approximately 1,000 rental homes. The new rules ban the rental of secondary homes and suites, and require landlords to pay provincial and federal taxes and apply for an annual license, which must be displayed on any advertising for rental of the home.

Despite efforts that have been in place since September 2016 to combat racial discrimination, Airbnb recently came under the spotlight in California after a woman was refused by a landlord because of her race. The issue was taken up by the Department of Fair Employment and Housing, which strives to protect people from unlawful discrimination. As part of their agreement with DFEH, Airbnb “will advise all users with complaints of racial discrimination of their right to file a complaint with DFEH, and will regularly report to the Department on guest acceptances by race in California.”

Airbnb does not offer legal advice to its hosts, but it does warn that a host should be aware of and adhere to their local and federal laws. This means ensuring that appropriate licenses are obtained and building standards are met. Around the world, governments are cracking down on illegal rental activity, with some cities exacting fines against landlords or even conducting raids. As a traveler, you don’t want to get caught in the middle, so be aware of the particular home-sharing laws and regulations that exist in the city you hope to vacation in. For example:

Your vacation should be a happy memory. Make sure you know all the facts about your desired Airbnb location’s rules and regulations to avoid the kinds of hassles that can ruin those memories.