The Labor Market Is Quickly Changing Under Trump 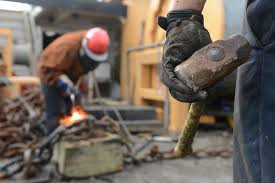 A lot has changed since Donald Trump’s election, and subsequent inauguration. Promising radical change when he campaigned, Trump has attempted to keep those promises, making changes in a wide range of areas. One area that is quickly changing – although, perhaps not as a result of Trump’s policies – is the labor market.

One of the primary talking points that Trump used during his campaign was the economy, and is a large reason why he was elected. He spoke to groups of people who felt they had been left behind by the current economy, and promised to bring back their jobs. The labor market has gone through many changes over the past few years, and some of these trends continue under the Trump presidency, while others are just beginning.

How The Labor Market Is Changing

For starters, the economy has been adding jobs consistently for the past several years. After the financial crisis, the economy was in a downward spiral, and we were losing hundreds of thousands of jobs each month. Now, things have returned to much better circumstances, as we just had our 82nd month of consecutive job growth. While the economy as a whole has been adding more jobs, some areas have seen more growth than others.

Over the past several years, there has been an increase in the number of people working and relying upon gigs. A gig is a job in which you work for a set period of time, typically performing a singular function. Think of a musician being hired to play at a bar, or a web designer being hired to create a website. More and more people are using gigs to either be the sole provider of their income, or to supplement it. So many people are now working gigs, that a new term was described the phenomenon, and thus The Gig Economy was born.

The Gig Economy came about for several reasons. First, while the job market may be steadily growing, wages have remained roughly the same. People are earning as much as they did a few decades ago, only now everything costs more. This leads to families needing two incomes to get by, or individuals needing side jobs to help support themselves.

On top of this, the cost of a college education has risen dramatically over the past few decades. Not only does college cost more, but it has become more of a necessity to get a well paying job. After leaving college, students have a tremendous amount of debt, and either struggle to find a job, or the job they do find is not enough to support themselves. Thus, they turn to working gigs in their free time to make a little extra money.

With so many people wanting extra work, companies have started working gigs into their business model. Think of Uber, which would not exist if it wasn’t for thousands of people willing to work extra hours in order to earn more money. This is just one example of a company that was able to thrive, and create jobs, in the changing labor market by using new technologies and seeing where people’s needs were.

The Labor Market Will Continue To Change

While things continue to look optimistic for the foreseeable future – we added 178k jobs in July – we can be sure the labor market will also continue to change. There are so many factors that go into the economy and the labor market, that before long we will undoubtedly see more changes. If you’re out there looking for a job, take advantage of the changes that are happening during the Trump administration, and find a job while there are jobs to be found.