Dangers of Texting While Driving 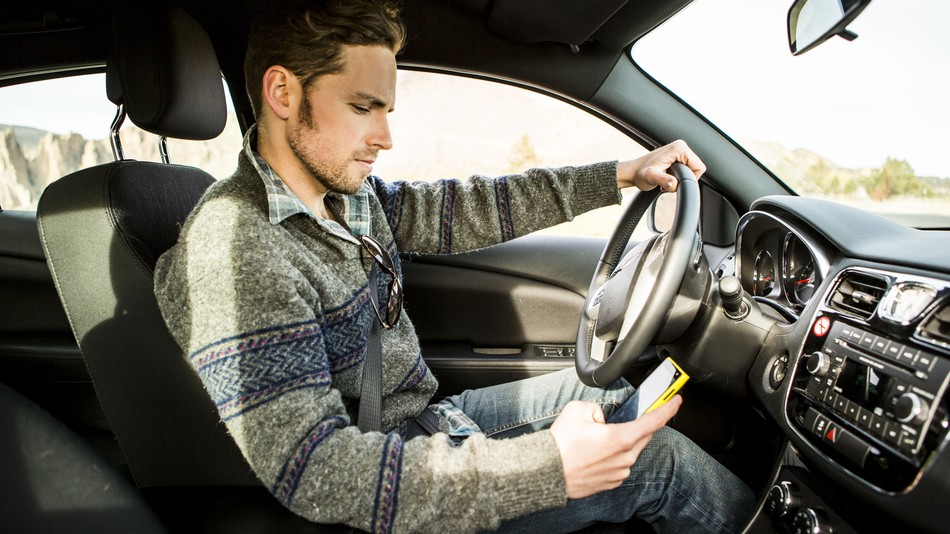 Cell phones can make our lives easier, but if used improperly, they can cause more harm than good. Texting, talking on the phone and surfing the Internet while driving causes hundreds of thousands of injury accidents every year – especially among teens. Never has driver inattention been a more serious issue. According to the National Highway Traffic Safety Administration (NHTSA), it’s one of the main causes of accidents.

Jeffrey Nadrich, an auto accident attorney in Murrieta, CA, has seen a significant uptick in the number of clients who have been in an accident caused by a driver who was texting. “It’s striking, the shift in accident causation over the course of my career. It used to be that speeding or tailgating was the most common cause of a client’s accident, but now we have personal injury clients coming to our office every week who have been hurt in a car accident caused by someone who was texting.”

In 2011, 23% of car accidents – about 1.3 million crashes – involved cell phone use. Sending a text message takes your eyes off the road for a minimum of five seconds. At 55 mph, you’ve traveled the length of a football field in that time. Text messaging also makes a crash 23 times more likely to occur. Simply reaching for your phone makes a crash 1.4 times more likely.

Texting is more common among teens. More than 80% of teens ages 16-17 own a cell phone, and 34% say they have texted while driving. However, 77% say they are highly confident they can safely text while driving.

In April 2011, a 32-year-old woman had sent 13 text messages in 15 minutes and answered a phone call before plowing into the back of a vehicle on I-5 in Westminster. Traffic had slowed to a halt due to a collision on the freeway and the woman, who was traveling at 85 mph, rear-ended a vehicle driven by a 23-year-old woman, who later died. The woman was sentenced to six years in prison for gross vehicular manslaughter.

In another incident, an Oakdale, CA teen ran a stop sign while talking on her phone. She was struck by another vehicle and  her car rolled over three times. She survived the crash with just a few bruises and scrapes. Though she had pledged to her friends and family to put away her phone while driving, she broke her promise a year later. While on the phone texting, she lost control of her vehicle and crashed. It took 40 minutes for first responders to remove the teen from her car. She died the next day from her injuries.

Thirty-nine states ban texting while driving. California is one of them. The state enacted its anti-texting law in January 2009, but that didn’t stop drivers from using their phone while behind the wheel. In 2017, California passed an even more stringent law regarding phone usage and driving. The new law went into effect on January 1, 2017, and prohibits drivers from using their cell phone for any function that cannot be completed in “one tap.” California drivers are now limited to hands-free phone usage.