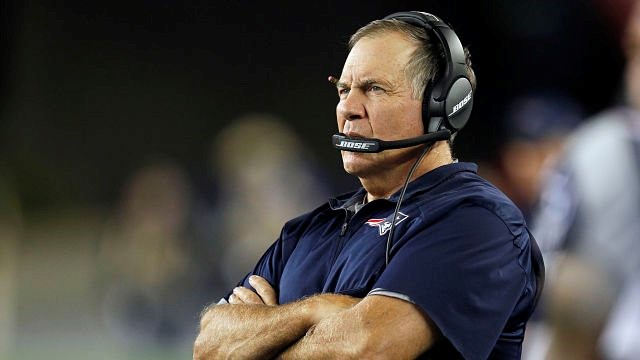 Tom Brady put in a vintage performance to guide the New England Patriots to a last-gasp win over the Houston Texans.

The Patriots trailed the AFC South outfit by five points with two minutes remaining in the contest. However, Brady overcame the Texans’ fearsome pass-rush to convert two third and longs before finding Brandin Cooks in the endzone for the match-winning score.

Bill Belichick’s men improved their record to 2-1 for the season, but concerns remain over the form of their defense.

The Patriots were considered contenders to go undefeated in their regular-season campaign and finish 16-0 for the second time in their history.

However, those notions were dismissed in the opening game of the season when they were hammered by the Kansas City Chiefs.

New England have bounced back, and although Brady has been operating at the peak of his powers, the club’s defense are currently ranked last in the NFL. Those issues will be at the forefront of the sports betting focus over the course of the campaign as the Patriots aim to become the first team to win back-to-back Super Bowls since they won successive titles between 2003 and 2004.

Belichick’s men remain the leading contenders to win the Vince Lombardi trophy, but they cannot rely on the brilliance of their 40-year-old quarterback to carry them towards the crown.

The Patriots made changes to their roster that triumphed over the Atlanta Falcons in Super Bowl LI. Logan Ryan, Jabaal Sheard and Chris Long all left the club during free agency, while veteran Rob Ninkovich retired during training camp.

Stephon Gilmore was handed a lucrative contract to join the club from the Buffalo Bills, while the Patriots selected Derek Rivers and Deatrich Wise to replace their void in the pass-rush.

They also traded for Kony Ealy from the Carolina Panthers, moving back eight spots in the 2017 Draft. However, the 25-year-old was released by the club before the start of the term, putting pressure on the younger players to thrive immediately.

Rivers’ season was over before it began as he tore his ACL, ruling him out for the campaign. Cassius Marsh arrived from the Seattle Seahawks in a trade, but the Patriots were still low on options.

This has reared its head in the opening stages of the season. Alex Smith was able to dissect the Patriots with ease, having ample time in the pocket to connect with his receivers down the field.

New England gave up huge plays to the Chiefs in their hammering, including on the ground with the impressive rookie Kareem Hunt dominating in a 246-yard performance.

Drew Brees and the New Orleans Saints were restricted in their ability to score in the Patriots’ first win of the season at the Super Dome, but they still put up a huge amount of yards.

Worryingly for Belichick, his defense was cut open repeatedly by rookie Deshaun Watson to put 33 points on the board. New England have always been a bend but don’t break unit, allowing yards, but keeping points off the board.

They allowed the fewest points in the NFL last season, but this term has been a stark contrast. Brady bailed them out against the Texans, but they will have to stage a dramatic improvement to achieve their ambition of securing back-to-back crowns.