Can Catalonia Crisis Have an Impact on Forex Trading? 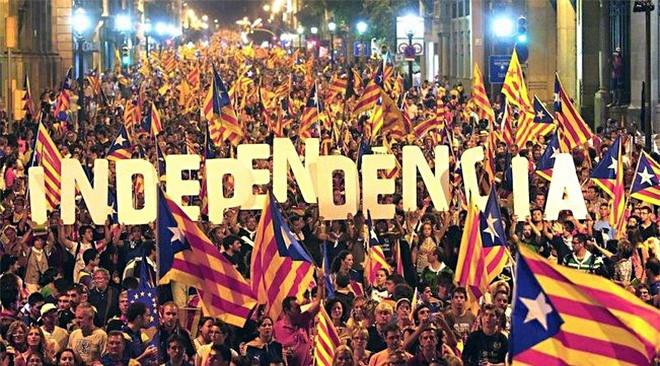 Brexit has certainly shaken up the world of Forex trading, making the future of Euro, British Pound, and even USD pretty uncertain. Another such turmoil could cause a true disaster in the world of foreign exchange, which is one of the reasons why everyone’s eyes are focused on what’s going on in Catalonia!

If you’re not familiar with European politics, here’s a brief introduction – Catalonia is a Spanish province (at the moment), which contributes to a fifth of total GDP of Spain.

What’s Actually Going on in Spain?

Living in the richest part of the country, Catalans believe they deserve to get much more in return from Spain for giving a fair share of their profits to the mother-country.

This is something that led Catalan government to make a referendum on independence. Unfortunately for them, even though it passed with a 90% vote, the central government in the Spanish capital has pronounced the referendum illegal. As a result, the President of the Government of Catalonia put the independence on hold in favor of negotiations with Spain.

If the Catalans decide to go with their initial plan, we’re going to witness the creation of another country in the middle of Europe. Such scenario would definitely cause major upsets in politics, but could also trigger big problems in the economics. Several risk managers at major FX companies are urgent that investors need to pay special attention to the development of the Catalan crisis.

In order to reduce the risk to a bare minimum, they advise investors to keep a close look at the news coming from that part of Europe, but also to regularly take a look at the Forex market analysis related to Euro. It’s because they’re concerned that the Catalan crisis can have a bad effect on the single currency!

Ahead of the meeting of the European Central Bank on 26th of October, Euro has climbed to a week’s high on Thursday, proving that the investors don’t worry too much about what’s going on in Catalonia.  In fact, according to the chief FX strategist at the BMO Financial Group, Stephen Gallo, the single currency is expected to remain stable, regardless of what happens on the Iberian Peninsula.

He adds that the European Central Bank is heavily involved in the bonds market, which means that they have a total control on the credit spreads. However, not everyone shares his opinion! Some investors believe that Euro might run into a certain resistance near the $1.1880 line in the near future.

Other Potential Threats to Euro Price in the Following Weeks

October 26th is one of the most important dates in the calendar of foreign exchange investors. This is the day when the ECB will have the meeting, in which they’re expected to announce trimming their monthly asset purchases by 20 million Euros, starting next January.

Of course, Forex traders also mustn’t forget to check what’s going overseas, where the Chair of the Federal Reserve, Janet Yellen, is looking to make some changes in the greenback and bond yields.