Interview with Peter Krumins on Christmas Time for His Business 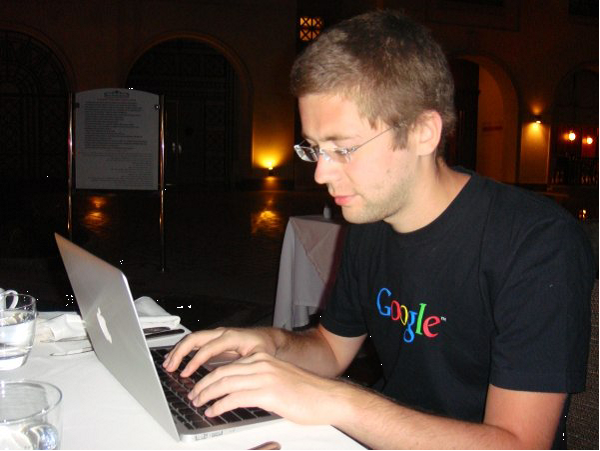 Peter is a young entrepreneur who’s skilled at pretty much everything. He blogs, hacks, mentors, writes books, and is even the CEO of Browserling. Browserling is a cloud company that specializes in cross-browser testing and, as Peter says, makes browsers do wonders.

Peter agreed to a short interview and answer some questions about doing business during Christmas and holiday season.

Hello Peter, can you tell us more about your company Browserling?

Hello! Thanks for the interview. Browserling solves a problem that every web developer has. How do you quickly test your websites and JavaScript code in all the browsers? Usual approach is to maintain installations of multiple browsers yourself but that is time inefficient. Browserling gives quick access to all browsers on all platforms so you can immediately start testing your code and not worry about installations.

When you said you make browsers do wonders, what did you mean?

I meant that I love browsers do crazy things. One of new products I’m working on is load testing with real browsers. So I spawn thousands of browsers at once and make them access customer’s site and then report back the statistics, how long did it take for the page to load, which were the slowest resources to load, etc. Then I’m also working on a new headless API that allows you to run JavaScript tests in all the browsers without seeing the browser itself, and more.

How did you start programming?

I started programming in a bunch of languages at once – mIRC scripting, Eggdrop scripting (TCL), Visual Basic, PHP, Perl, and C. I instantly understood all the languages and it was the most fun thing ever.

The first few programs that I wrote were an ASCII Character to Decimal Code converter, then an IRC client and an SMTP client. I was flooding IRC networks, sending fake emails and was a really bad kid on the Internet.

How are you preparing your business for Christmas?

I didn’t do that much. I only added a special Christmas discount and made a Christmas card for my customers and users. Here it is: Merry browsery Christmas!

What do you usually do at Christmas?

I don’t do anything. I code and hack. I don’t like holidays. While my competitors rest, I work to crush them.

How successful has your year been so far?

Amazingly successful. Browserling went viral in India a few months ago and the traffic to the website increased 10x. At first I thought it was an attack as so many people were visiting Browserling and then realized it was people from India using Browserling. I made a new product just for them.

What are your future plans for Browserling?

I’ll just keep it growing. As I’ve said in other interviews, just like I grew my programming blog to be one of world’s most popular programming blogs, I’ll grow Browserling to be one of world’s most successful businesses. My plan is to grow to 100+ employees in the next couple of years and make life simpler for developers. Just recently I created over 300 free online tools for web developers called Browserling’s developer tools and now I am turning them into a network of online tools websites for programmers.

One last question – what do you recommend to other young entrepreneurs?

I’ve a lot to say. I’ll make it a short bullet list with my top three recommendations.