What Can We Expect From Samsung’s New Flagship Phones? 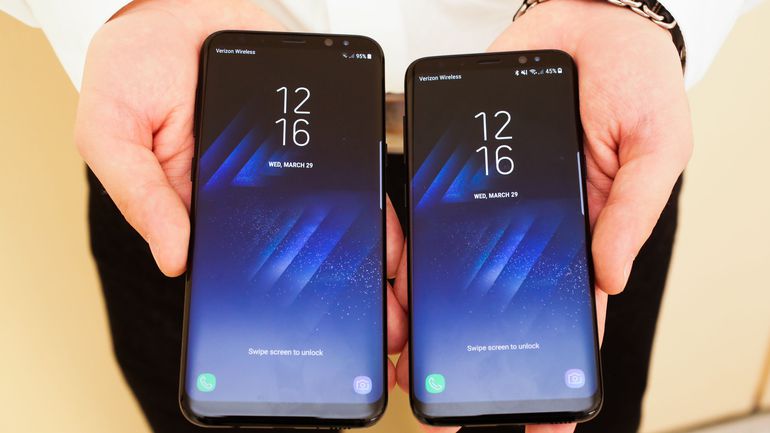 Samsung’s upcoming phone releases are creating a quandary for Samsung fans who are likely to decide between the Galaxy X, Galaxy Note 9 and Galaxy S9. Although the devices have yet to see daylight, their initial offerings are exciting. Consequently, consumers are doing their best to compare the releases and hoping to find the phone that fits their needs the best.

To help decide between these upcoming phones, we’ve compiled everything one might need to know about the Galaxy X, Galaxy Note 9 and Galaxy S9 to make an informed purchasing decision.

Of the three devices, all signs point to the Galaxy X being the smallest and the Galaxy Note 9 as the largest. Compared with the iPhone SE, the Galaxy X is larger, though still smaller than most Samsung phones. The compact size is likely intended to attract a younger market that’s fond of the very mobile-friendly features the size brings.

Fans of the Galaxy Note series tend to love its ample screen size, one of the largest in the industry.  Since large screen sizes appear to be a trend among all phone manufacturers, a screen increase for all three Samsung phones seems likely. Specifically, the Galaxy S9 display may reach six inches and feature a 21:9 aspect ratio, with the Galaxy Note 9 at 6.5 inches.

The Galaxy X gets the benefit of a foldable display. In fact, Samsung holds a patent on foldable displays, with two screens being able to fold on top of one another and a strip connecting the displays in a loop-like fashion. The result is a display that folds out like an open book.

Meanwhile, the Galaxy Note 9 and Galaxy S9 will continue to tout the curved screen approach. Samsung is shifting away from flat-screen tech, as demonstrated by all three releases having distinctive displays — especially the foldable display on the Galaxy X.

The Galaxy 9 may also provide 4K resolution, which would be a first for a Samsung mobile device. Since the Galaxy X will feature a flexible screen, it’s unlikely its quality will match the specifications of the Galaxy Note 9 and Galaxy S9, both of which benefit from quad HD and 4K.

As for any smartphone in 2018, camera capabilities are pivotal to success. When comparing the three upcoming releases from Samsung, it’s worth noting that the Galaxy S9 seems likely to feature a dual-camera setup for the first time. The Galaxy Note 9 features dual cameras as well, bridging the gap between the two.

As for the Galaxy X, it will be interesting to see how Samsung plans to implement a camera into their “phablet.” The foldable display makes the Galaxy X unlikely to feature a dual camera, although, since Samsung shows a desire to fit all their phones with a respectable camera, it’s very likely the Galaxy X will feature some appealing camera technology.

Another notable design feature involves Samsung’s continuing use of heat pipes, which they adopted with the Galaxy S9 and utilize for cooling on S and Note flagships. Signs point to the heat pipes being present in Samsung’s upcoming flagship phones, despite the industry anticipating a shift to vapor chamber technology in the next year or two. Heat pipes help to effectively dissipate heat, automatically downclocking when the temperature of a phone’s chipset and processor reach a certain temperature.

When it comes down to each of the three device’s specs, it’s worth noting that the Galaxy X’s phablet classification will naturally be ideal for creative and ambitious projects. The ability to expand a screen and essentially use what may be the widest screen in smartphone history can be especially appealing to graphic artists on the go. As such, it’d be sensible for the specs of the Galaxy X to match the demands of creative professionals. Still, since the foldable technology is very new, there is a chance the specs will be tamer than Samsung’s other premium devices. Time will tell.

The specs for Galaxy Note 9 and Galaxy S9 are poised to continue their series’ tendency to be among the most impressive smartphones on the market.

While the Galaxy X will potentially shape a huge trend for the smartphone industry with a foldable screen, the Galaxy Note 9 and Galaxy S9 provide a familiar feel with a great camera, display and general specs. All three flagship phones from Samsung look very promising, giving those seeking a smartphone plenty of reasons to be very excited in 2018.