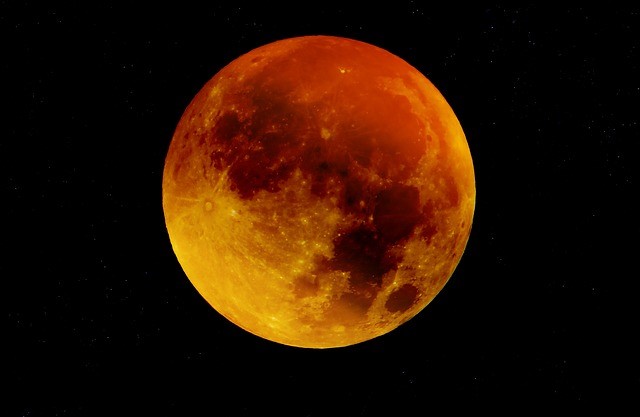 It might seem that in recent years, we have had the esteemed pleasure of witnessing a number of remarkable solar and lunar events. Over the last couple years, we have noticed more blood moons and other notable events. The interest of people all around the world is becoming more intrigued by the phenomenon of the red lunar eclipse.

A lunar eclipse happens when the earth travels between the sun and the moon. This engaging display could be seen on January 31, 3018, from different parts of the world including Europe, the United States, Asia, and Australia. Another noteworthy point was that this was the second full moon in January.

For more than six hours, people all over the world were treated to the ‘super blue blood moon.’ But what causes that red effect? Well according to the director of the Abrams Planetarium, located in Michigan, there is sunlight that is gliding through the atmosphere of the Earth, as it makes its way to the moon. As it does so, it tends to be refracted. As such, the red light becomes more dominant than the typical blue light that we are used to.

Dr. Shannon Schmoll was very excited about the phenomenon and encouraged more people to go out and enjoy them whenever they occur. She further explained that it was a super moon because the earth was that much closer, even though it would not be as obvious in some places. Nonetheless, she assured us that it would be about fifteen percent brighter and seven percent larger than normal.

There are those scientists on the opposing fence, who have bemoaned the unnecessary misnomer of the moon’s size. One such is Professor Tim O’Brien of Cheshire’s Jodrell Bank Observatory. Though he agrees that it is a noteworthy occurrence, which provides a great learning opportunity, he says the difference in the moon’s size is too minimal for it to be categorized as a super moon.

According to the professor, “The details of how the sunlight we see reflected from the Moon during eclipse has been altered, scattered and absorbed on its way through our atmosphere, and how this is affected by, for example, volcanic eruptions or even meteor showers, are still being studied.”

Though there is this disparity among scientists, they all do have an agreement of a ‘super blue blood moon,’ lunar event. There is so much more that is not understood about the celestial things, and lunar eclipses are always appreciated because scientists can benefit from a less costly way of revealing the unknown about the elements in space and space exploration.

It is important to note, that mankind has renewed its interest in the moon when space travel is now geared towards learning more about this celestial object. Not since 1972 have man explored the moon, however, this initiative has gained more focus since Donald Trump became president of the United States. Following suite are the Indians, who are expected to launch their own mention in the later months of 2018.

The Chinese are set on digging for moon samples, which will be taken back to earth. They have been developing various initiatives to prepare for this exercise and other such explorations in the coming future. For example, science students in China resided in a cabin, named Yuegong-1, for 200 days, in hopes of simulating what it will be like on the moon. In English, the cabin is called ‘lunar palace.’ While the first group will do a sixty-day stint, a second group is expected to stay at least three times as long. After which, the first group will conclude with another one hundred and five-day stint.

The seriousness of their intentions can be noticed by the amount of funding, over two billion dollars allotted annually, which has been invested in their outer space programs. Maybe more so than the Russians and Americans have invested. They will endeavor to address the issues of growing their own food and recycling human waste. These efforts will perfect the strategies used in the future to support human life on the moon for extended periods of time.

Their quarters are expected to be house not only the typical living area, bedroom and bathroom but also an area to conduct farming practices such as growing food and animals. Their mission in 2018 is expected to be unmanned; however, they intend to have human explorations within a decade.

Not to be outdone, Europe has invested over eight million Euros in the building of a prototype drill as well as a chemistry lab. These would then be transported on Russia’s scheduled moon exploration trip in 2021. The project has similar intentions as the Chinese, which is to study the subsurface material of the moon. This will give scientists a better understanding of the elements found on the planet, including whether there is any presence of water. The budget is expected also to be allocated towards getting a system called Pilot. It is an autonomous navigation system that aids the probes landing on the moon.

All elements of the project are not fully identified and planned for; for example the specific location where the probe is to be landed. However, the target is the South Pole region of the moon, with the major aim being to find water and valuable minerals. Therefore the drill is an essential element of the exploration exercise.

For many years, scientists and astronauts have explored space and discussed an alternative place for man to inhabit other than the earth. Today, because of climate change and pollution, the hot topic is driving a more focused effort in making this a reality. Though, initially, they would all seek first to develop a base on the moon, while conducting their studies.

Because radiation is such a threat, scientists are eager to learn whether there are underground chambers. These will provide shelter and areas for exploration activities, which can further lead to other possibilities. The same importance and international collaboration have been garnered, as the one which leads to the development and implementation of the International Space Station.

My name is Mark Clain. I support the effective adoption of new technologies or ways of working within writing by communicating complex information in an informative and inspiring way. My texts are varied – some of them are technical, requiring in-depth instruction, others are educational on Studymoose.com. I’m fond of writing articles for students, helping with essays.