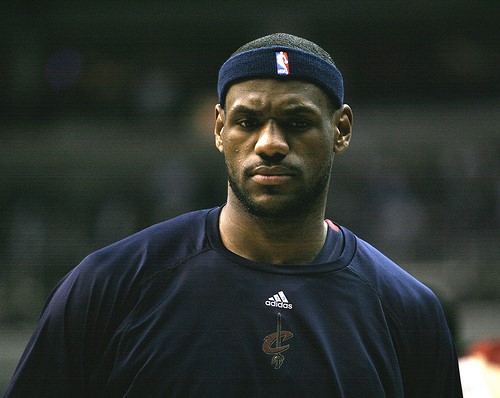 While the Cleveland Cavaliers have the best player in the world, you wouldn’t be able to tell by the results of their first-round playoff series with the Indiana Pacers. The Cavs have struggled in what has been a series where the Pacers have arguably been the better team throughout. And with LeBron James’ having a chance to leave the Cavaliers at the end of this season, one has to wonder if this will be the end of James’ time in Cleveland for a second time.

The biggest problem with the Cavaliers is the fact that their defense is atrocious. Teams have been getting open looks against them all season long, with the Pacers being no exception in the playoffs. Against a team with scorers on the perimeter and the interior, that lack of defensive prowess simply hasn’t been enough to get the job done.

That bad defense has been partially the result of a bad roster that the Cavaliers have thrown together. After Kyrie Irving’s decision to leave the team, the Cavs had to scramble to fill his shoes. They tried doing so with Isaiah Thomas, which was far from a success. And trading Thomas for the likes of Jordan Clarkson and acquiring George Hill from the Jazz have not been enough to fix things.

As a result of those deficiencies, NBA playoffs basketball betting odds have shown the Pacers as favorites at different points in the series.The worst part of all of this is the fact that the timing is such that James can leave the Cavaliers right after a first-round exit if the Pacers can secure the series. That poor roster planning has made it possible for a better team to swoop in and sign LeBron during the offseason.

The biggest evidence of just how bad the Cavs are from a roster standpoint was Cleveland’s game three loss to the Pacers. Cleveland blew a 17-point halftime lead, allowing the Pacers to score at will in the second half. Even if the Cavs advance past Indiana, they would need their bad defense to deliver stops against even better teams later in the playoffs.

Also unfortunate is the fact that the Cavaliers will not have a better roster for at least a couple of seasons. Their contractual obligations are to the point that they cannot easily unload players to make room for better teammates for LeBron. This makes it so the only conceivable way for James to be a part of a better team is for him to join another roster entirely.

The last time the Cavaliers failed to build a satisfactory team for LeBron James, he went on national television and declared that he would be joining the Miami Heat. This time around, James will have no shortage of suitors should he decide to leave Cleveland for a second time. With his chances of making an eighth straight NBA Finals in doubt this season, it would be anything but surprising to see him leave Cleveland for greener pastures.