Stay safe on London’s streets with these cycling tips 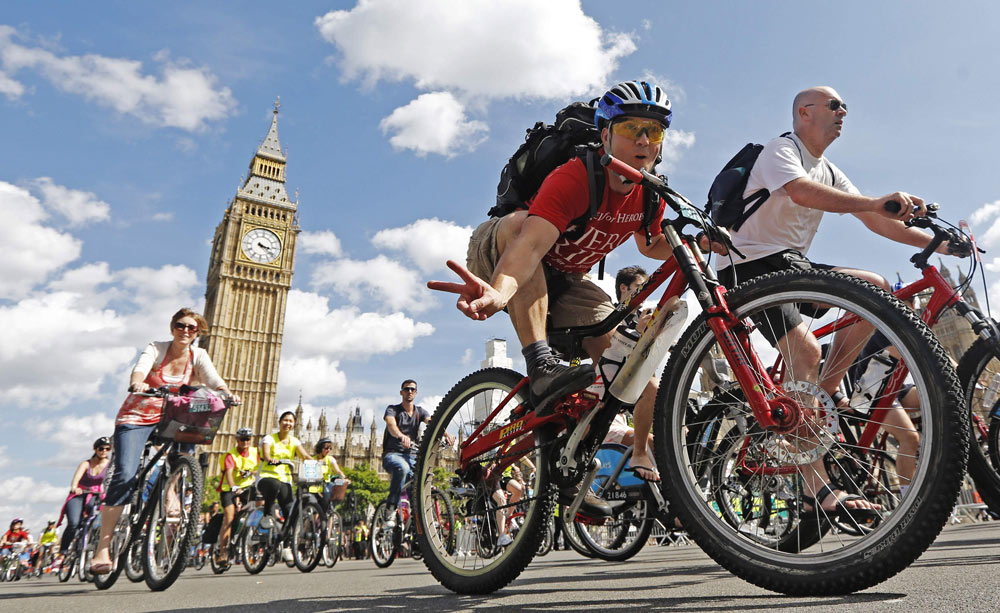 Cycling has fantastic benefits. Not only does commuting by bike once or twice a week keep you fit and healthy, it can also help you save a considerable amount as a result of London’s extortionate transport costs.

However, ensuring that you remain safe on the road is vital. London’s roads can be chaotic and challenging even for the most experienced cyclists so being aware of just a handful of tips to avoid the worst of the traffic can keep you injury-free and cut down your commute!

A law firm specialised in bike accident claims warns that the leading cause of cycling fatalities in London comes from heavy goods vehicles (HGVs), buses or large lorries turning left. In around 80% of cycling fatalities involving lorries, the cyclist was hit by the front left section of the vehicle as it turned left. Cyclists should always wait until after they pass a junction before overtaking a large vehicle on the left. Extremely large HGVs may even have to begin turning from the middle lane so, although it can seem safe to pass on the left, you could put yourself in danger by not being cautious.

Pay attention to other road users – they may not notice you

Another issue to consider when cycling amongst HGVs is that these vehicles often have a substantial blind spot where the driver cannot see you. If you waiting in traffic lights directly in front of a HGV, then it is very unlikely that the driver is aware that you are there. Before the lights change, you might want to move forward or to the side to ensure that the driver has spotted you.

Junctions are at danger hotspot. With traffic switching lanes, often at high speed, this is where you are often most at risk. A cautious cyclist pays attention to other road traffic and can adapt to keep safe, whether that means slowing to allow cars to turn or avoiding areas that pose a threat.

Motorbikes often travel at much faster speeds through London’s rush hour than cars are able to, this can mean that they can appear around you suddenly and pose a real hazard if you are unaware of your surroundings.

One of the most common causes of cycling accidents is from parked cars. If you are cycling alongside a row of parked cars you should always be wary of a passenger suddenly opening a door without checking. Not only can this cause you too crash, it can also put you at risk of serious injury from traffic which may be directly behind you. The best advice to avoid this situation is to ensure that you leave at least a metre between your bike and parked cars so you have adequate space to manoeuvre if there is an unexpected hazard ahead.

Pedestrians should always be taken into account too. If you are on a shared path then pedestrians have priority but even if you are on the road, you should be mindful that a pedestrian could try to cross the road so you should ensure that you are always paying attention and cycle at a speed that allows you to safely avoid an accident.

Since the introduction in 2010, London’s cycle superhighways have been transformed from a few central routes painted alongside the traffic-ridden streets to the comprehensive and high-quality dedicated lanes that cyclists in the capital can enjoy today. This ever-expanding network of intercrossing highways covers almost the entire city ensuring that cycling in London is safer than ever before.

To create the current model of dedicated cycle lanes, many entire streets across London had to be redeveloped to bring the vision into life. The superhighways immediately became incredibly popular with some lanes transporting up to 70% of the entire road’s traffic during the morning rush hour.

Whilst cyclists still need to be aware of their surrounding when using the superhighways, the lanes do protect you from the dangers posed by motorized traffic and significantly reduce the risk of serious injury and fatalities.

There are many apps available where cyclists are able to download maps and guides to the network of superhighways, plan their routes and even find safe and secure spots to park their bike. With the Santander Cycles scheme, you don’t even need your own bike as you can hire these bikes found in docking stations dotted around the capital for just £2 for 24 hours. More than ever before, London is a truly cycle-friendly city!