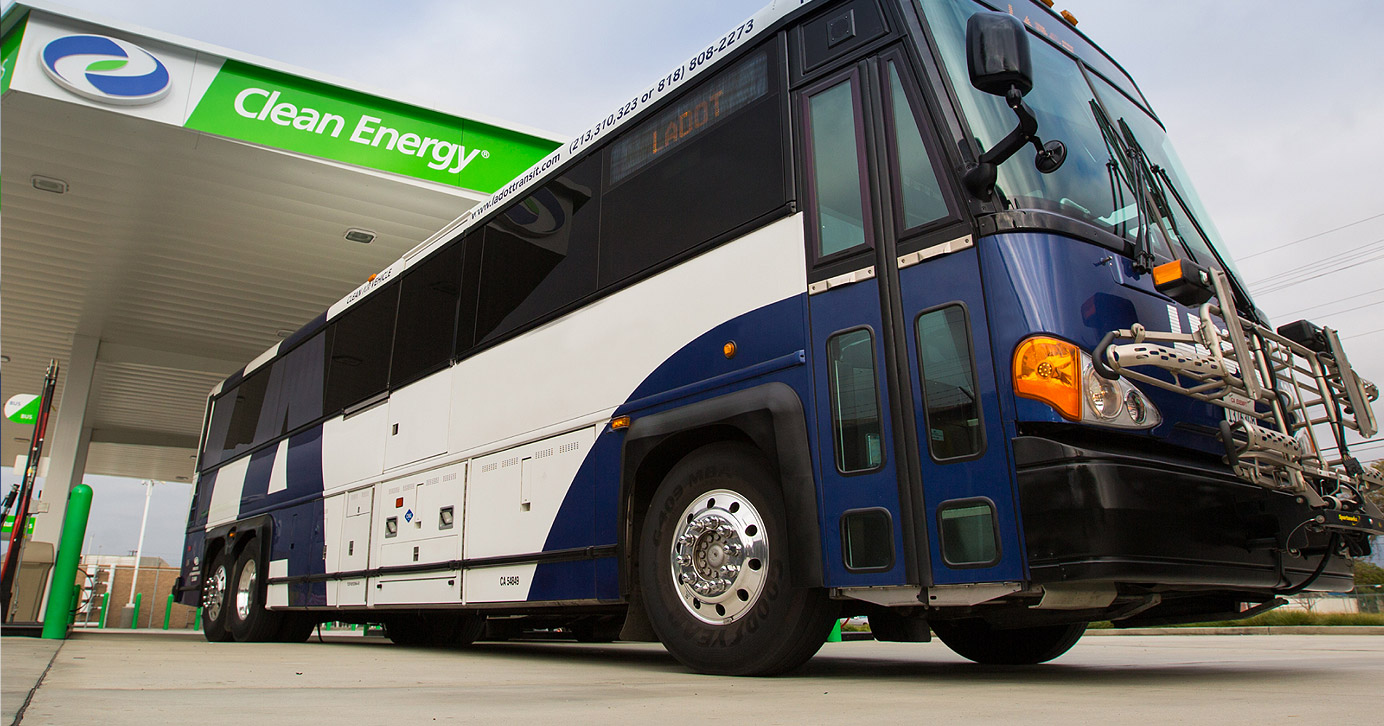 With the increased adoption of compressed natural gas, CNG, cities could become cleaner, greener places. City streets host millions of cars, trucks and buses each year. Exhaust from gasoline and diesel vehicles contributes to air pollution. Taking some of those polluting vehicles off the road and replacing them with automobiles that run on compressed natural gas could be the secret to cleaning the air and cutting future gasoline supply problems.

The large vehicles frequently driven by municipal employees, such as transit buses and garbage trucks, account for most of the smog-producing pollution. Converting these vehicles to compressed natural gas could drastically reduce pollution in cities.

Today, cities are taking advantage of the lower price and cleaner burning advantages of CNG. Since the 1990s, Phoenix has used CNG-powered vehicles in its government fleet. Until 2004, only city-owned cars ran on CNG. After manufacturers stopped making those models, Phoenix waited until 2010 to incorporate CNG trucks into its solid waste fleet.

Los Angeles is also a showcase of the advantages of CNG vehicles. The city boasts the highest number of CNG fueling locations in the state of California, which also has the highest number of these fueling locations nationwide. Since converting to CNG for many of its city vehicles, including 2,000 buses, Los Angeles’s air has dramatically improved.

Compressed natural gas is different from the gas you use to heat your home. The form of natural gas used in your residential property is the same fuel source used in half the homes and businesses across the United States. The compression reduces the gas to only one percent of its initial volume. This lower volume makes the fuel more concentrated and cheaper. In vehicles that use CNG, production of nitrogen oxides and carbon dioxide is lower than in gas and diesel vehicles.

Though CNG is already a preferred fuel for cleaner-burning vehicles, it can get better. Part of the problem with incorporating CNG into city fleets and personal vehicles is the cost. The average price to convert a heavy-duty truck to use CNG is $30,000. Though the price returns in fuel savings with use, it may still be prohibitive for some cash-strapped municipalities.

To mitigate this issue, scientists have researched ways to get around the need for the large, pressurized CNG tanks these vehicles require. They’ve discovered a new way to make it easier to store CNG in crystals with sponge-like holes. These crystals can store CNG in much smaller spaces than the current storage tanks. Though the technology is still years away from being incorporated into fuel tanks, it shows promise for making CNG an easier fuel to use in the future.

Some of the issues facing CNG adoption prevent this technology from being fully embraced. When gas prices drop, few city managers think about ways to cut costs on fuel. This drop in fuel costs takes CNG vehicle adoption off the table.

Additionally, the price could put a strain on city budgets. Cities will also need an appropriate a number of fueling stations for the vehicles to keep their tanks filled. If cities can overcome these problems, CNG adoption can become a reality. The embracing of CNG vehicles will help any city that experiences air pollution and needs to reduce it.