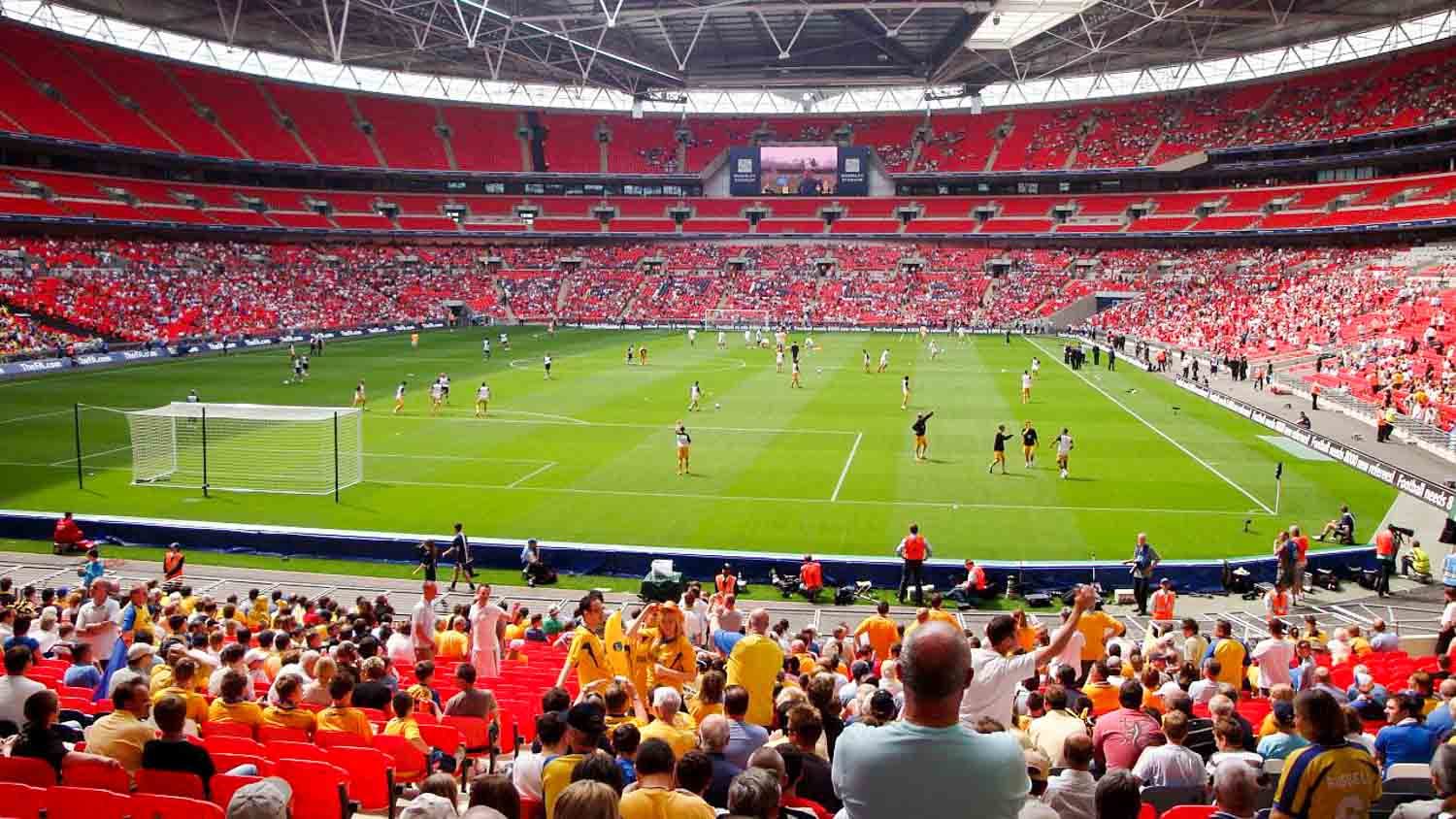 Stadiums have been the center of national pride, awe, and attention since the concept of mass gathering for sports events was first done in Ancient Greece. The fascination with stadiums is associated with the atmosphere raw emotion and excitement of cheering on your favorite teams, or revelling in their losses. Today’s stadiums are a mix of sustainability rules, innovation, and strict design implemented to always deliver a better experience, but some of them are more than what meets the eye. In this article, we have prepared facts about some of the most famous football stadiums that you didn’t know about.

Wembley Stadium, the second largest stadium in the United Kingdom, has a secret time capsule buried underneath the site with the original architectural drafts of the Wembley Arch. The stadium also has the most toilets in a single building anywhere in the world. Like many football stadiums, Wembley stadium is also tech-friendly, allowing fans to follow the games and win rewards in the form of money on their phones.

Twickenham Stadium is the second largest stadium in Britain with a capacity of 82,000 seats, only 8,000 seats fewer than Wembley. Also, the games between the Giants and Rams proved that Twickenham Stadium is better suited for rugby than Wembley. The stadium received the seal of approval by both music and sports fans for its quality structure and comfort when it hosted U2’s largest concert in 2012.

Camp Nou is the largest stadium in Europe

The category of inaccessible and quirky locations attracts three stadiums with a unique design. The first one is Ottmar Hitzfeld stadium in Switzerland, which is located 2,000m above the sea level. The stadium hangs on the verge of a cliff and is only accessible via a cable car. The second one is the floating stadium in Singapore. The balls are gathered by boats patrolling the stadium. Braga’s Municipal Stadium is the final stadium on this category. The stadium was built using the granite from the quarry that is now leaning on.

In recent years, football stadiums have been getting bigger and better to support the rapidly growing sports fans. Every year, football stadiums are renovated to include better technology, more seats and a modern structure to provide fans with better experiences. As such, football boasts the most passionate fans and the most impressive sports arenas in the world.