Latest Altcoins That Are Making Headlines 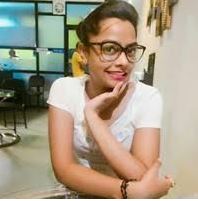 The hype surrounding Cryptocurrency, especially Bitcoin is only getting stronger with time. Bitcoin is not the only cryptocurrency that is hogging the attention though. There are many other types of digital cryptocurrencies that you need to be aware of. Altcoin denotes any cryptocurrency which is not bitcoin. In fact, Altcoins are made by diverging from the Bitcoin consensus rules. This can also mean a new cryptocurrency made from scratch. Some of the examples of such Altcoins are the ripple, either, dash and monero and more are cropping up with time.

Altcoins differ from Bitcoins in many ways. Some of these are based on a unique coin-distribution method or economic model. A few Altcoins are based on versatile programming languages to create applications, and some others offer enhanced privacy. Some Altcoins may also be used for non-monetary purposes like domain name registry.

Listed below are a few new currencies that make up the latest news on Altcoin:

LITECOIN– It is deemed as the little sibling of Bitcoin. Gabriel Francisco of TMT Blockchain Fund thinks Litecoin may become a digital cryptocurrency to get mainstream adoption by shoppers. It has shown fantastic market resilience. It is nearly four times faster than the bigger sibling Bitcoin. TokenPay Swiss AG, the Litecoin Foundation partner tied up with WEG Bank of Germany.

Litecoin developer Charlie Lee is aiding Taiwanese tech giant HTC to make its much-touted blockchain-powered phone named Exodus. Aimed at the cryptocurrency enthusiasts, the device will support LTC transactions natively and naturally; it will have support for Litecoin too.

NAGA COIN– NAGA COIN empowers the NAGA ecosystem which includes NAGA WALLET, NAGA VIRTUAL and NAGA TRADER. It is a decentralized utility token that can be deployed for trading and investing in other cryptocurrencies, virtual goods as well as financial markets. NGC’s USP is its utility. Everything taking place in the NAGA ecosystem revolves around NGC. It serves as collateral, is used to pay fees and acts as the primary currency. NAGA WALLET uses NGC as the payment method.

EOS– EOS is often touted as the Ethereum Killer, but 2018 has proved to be somewhat volatile for this Altcoin variant. The currency has touched the zenith and sunk to an all-time low- in the same year. This has made a section of potential Altcoin investors skeptical of EOS. However, it is too early to write it off.

NEO– NEO is an Altcoin that is said to be the Ethereum of China. However, it is more than that. NEO enjoys robust support and partnerships from Asian cryptocurrency community. It is deemed as a top contender in new currencies in the crypto-assets segment. Some are also of the view; it can emerge as the smart economy shortly in global perspective.  The cryptocurrency faces little competition in China- its home turf.

CARDANO– Cardano is a sound distributed computing platform which runs blockchain for a cryptocurrency named ADA. Charles Hoskinson is the creator of Cardano, and he has ambitious plans to use digital currency and blockchain to revolutionize the world. As per the updates, it will not be far away to see Cardano ATMs popping up in many places around the world. Cardano has an advantage over other digital cryptocurrencies and Altcoins. Plenty of research has been done to make the projecting rock solid, and this is where it gets an edge over other Altcoins.

The Altcoins may not seem too lucrative from the trading perspective right now. However, a few of these digital currencies have significant potential- say the financial experts. Once cryptocurrency related uncertainties are clarified, and some common regulations are formed, the situation will turn in favor of Altcoins.

Arpita Arya, is the Co-founder of LinkOceans.com. She has been in the digital marketing industry for the past three years and contributed her expertise to various brands over the web. She has gained great experience and skill set in content marketing and improving website’s traffic through cross-promotion.