Pastor Chris Draws Another Successful Healing School To A Close 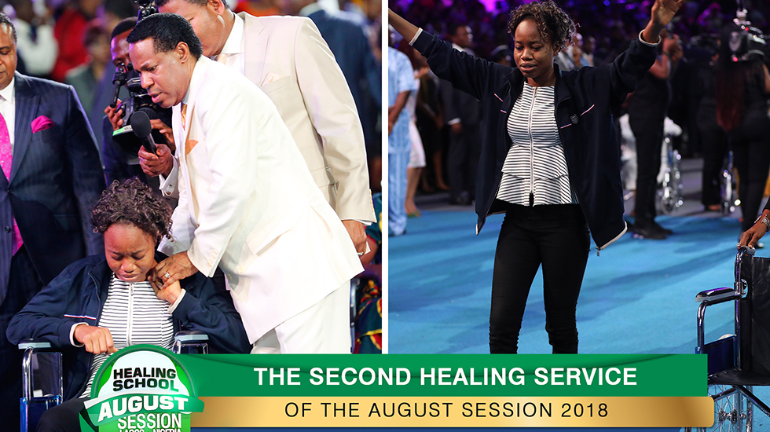 Pastor Chris Oyakhilome is one of the world’s most famous ministers, but each year he takes time out of his busy schedule to give back through the work of The Healing School. In August 2018, the second session of this year’s school drew to a close and proved to be one of the most successful installments to date. Thousands of believers and those seeking the help of Pastor Chris and a higher power made their way to Pastor Oyakhilome’s home nation of Nigeria to witness for themselves the healing power of the minister using the Word of God.

Looking back at the 2018 August session of The Healing School gives a glimpse into the success which can be achieved through a powerful belief in God. Pastor Chris Oyakhilome is a powerful speaker who brings to life the message sent to him by the Lord. At the latest session of The Healing School, Pastor Chris Oyakhilome used his powerful ministry to bring Jesus into the lives of many of those in the audience who had yet to find peace in their lives. As always, the Kings chat message boards were filled with stories of attendees learning to live a happier life after finding their own belief in God.

The range of miracles seen at The Healing School’s 2018 August Session has been as impressive as always with many attendees showing off their abilities following the work of Pastor Chris. Over the course of the August Session, Pastor Oyakhilome played a key role in healing those affected by medical conditions as wide-ranging as cancer, heart disease, and blood disorders. Pastor Chris has taken his abilities as a minister and vessel of God to create a healing session for the ages which has been developed over the course of many years of Prayer.

Pastor Chris Oyakhilome has found himself rated as one of the leading ministers in the world because of his television shows broadcast around the world. One of the flagship shows of his arsenal is “Enter The Healing School”, a successful highlight reel showing the most impressive parts of the August Session of this annual event. The latest installment of The Healing School took Pastor Chris back to his home in Nigeria, but his reach has become truly global. Pastor Oyakhilome has taken The Healing School to Toronto, Canada, and Johannesburg, South Africa over the last few years. Remaining a global success is an important part of bringing Pastor Oyakhilome’s ministry to as many people as possible each year.