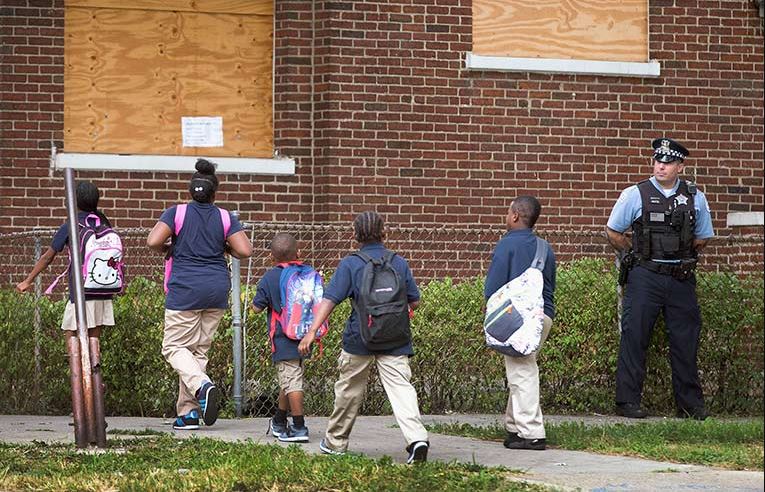 You don’t have to look at statistics to know that crime rates are higher in inner city areas than the suburbs or rural neighborhoods. Inner cities are filled with residents who lack access to good paying jobs, higher education opportunities, or even affordable groceries. In areas where a large portion of the adult population has a criminal record, the rate of recidivism is often directly tied to crime rates. So, how is law enforcement supposed to battle crime in violent inner cities? They can either wait to respond to calls that come in on their radios or they can hit the pavement and hope to make a difference.

It can be a lonely world for police officers working in an inner city areas where they are seen as the enemy. There is nothing like being acknowledged for a good job done, but when police working in inner cities show up to make arrests they are often treated with disdain. It isn’t that inner city residents don’t want to see their areas cleaned up and improved. Many have a negative view of police based on bad past experiences. Some have been stopped, frisked, and questioned simply for looking suspicious or walking around the neighborhoods where they live. Police can help to battle crime in inner cities by interacting with residents on a human level. Finding common denominators and talking about topics such as sports can help them to break the ice.

A lot of crime is committed in inner cities because of a lack of resources. Adolescents may commit petty crimes such as stealing food because they are hungry. There are members of law enforcement who have really made a difference by engaging in community outreach activities. Helping to match charities with residents so that they can get winter coats or help their children receive back to school supplies are deeds that do not go unnoticed. Now, instead of having to respond to as many calls for petty thefts, police working in inner cities who perform community outreach can focus on major gun and drug busts. These are the types of crimes where they are required to wear holsters for guns and bulletproof vests as violent criminals are generally set in their ways. Police can become friendly with residents while still remembering that they have a job to do.

Forming Relationships and Getting Tips

The best way to effectively fight crime is to get the inside scoop. Veteran police officers who have worked in the same inner city neighborhoods for years usually have good relationships with local residents. They can make calls or go and talk to people they know are not only influential in their neighborhoods but constantly in the know. When it comes to actually fighting crime and quickly solving mysteries, police in inner cities should try to make relationships and get helpful tips.

Police who work in violent inner cities are at a higher risk of being hurt or even killed on the job. Their dedication to their work is a selfless sacrifice that can sometimes go unnoticed. To truly make a difference in these neighborhoods, police have to do more than just answer calls when they come in – they have to also understand the mindset of local residents.