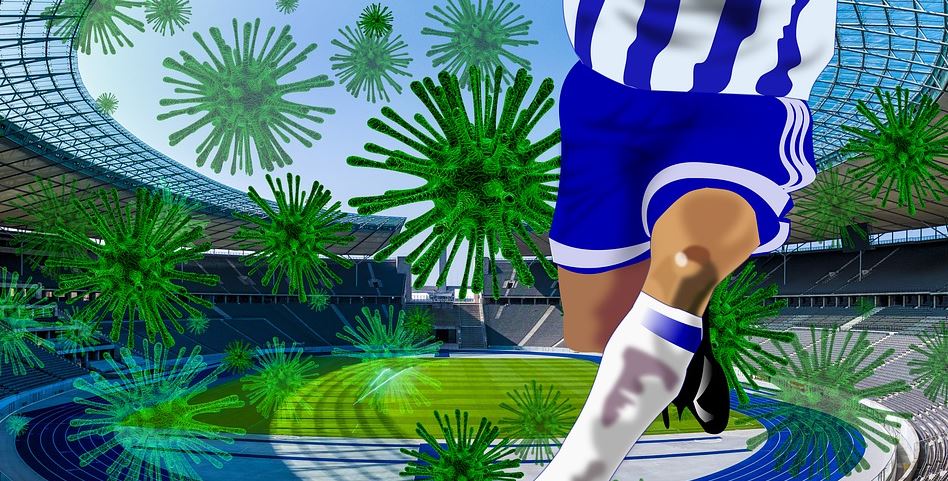 Covid-19, the infectious disease brought on by SARS-CoV-2, has shaken just about every facet of modern life as governments and sensible people seek to quell the virus’ advances. When once it was just seen as a problem for China to deal with, the coronavirus is now a pandemic, with one of the ways in which the general population is being hit the hardest is the complete closure of so many of the biggest and most popular avenues of entertainment.

Naturally, as governments began to close down venues to limit the spread through social gatherings, the non-essential entertainment venues were among the first to go. Regardless of how popular and relied upon they are for the necessity of offering entertainment and relaxation, the spectatorship of most entertainment events simply can’t take place with an infectious disease spreading around.

From the most traditional form of entertainment to the most modern, global entertainment is being crushed under Covid-19 precautions. Even though some activities can be enjoyed by those smart enough to isolate themselves and limit the spread, many of the most significant events in entertainment have been wiped off of the calendar altogether.

The oldest medium of entertainment grinds to a halt

Perhaps the oldest form of popular entertainment across the world is that of sports. Every country has its favorite, from cricket in India, soccer in Europe, and football in the USA, but none of them have been able to withstand the spread of the coronavirus.

The United States is full of sports fanatics, with the NBA, NHL, and NCAA competitions all in full swing when they were suddenly called upon to indefinitely postpone their seasons. The MLB has subsequently suspended spring training, the NFL has canceled festivities and meetings surrounding the 2020 NFL Draft, and the 2020 Tokyo Olympic Games may yet be canceled too.

For sports, there isn’t a possible workaround, with most sports channels reverting to showing sports-specific Covid-19 coverage or re-runs and compilations of classic sporting events.

Even the titan of cinema is forced to yield

Owners of Searchlight Pictures, Pixar, 20th Century Studios, Marvel Studios, Lucasfilm, and, of course, Walt Disney Studios, Disney is the biggest company in modern cinema. Not content with their line of ever-lasting animated classics, Disney has acquired enough stake in cinematic franchises that it now dictates the cinematic release schedule.

However, even the titan of cinema was unable to outlast the coronavirus. Cinemas were among the first entertainment venues to close their doors to the public, despite the long line of highly-anticipated films on the horizon. Chief among which was Black Widow – from Marvel Studios – which would be the first MCU movie since the conclusion of the Infinity Saga.

Despite Disney having also launched its own streaming service, Disney+ worldwide on March 24, they will not be launching cinematic releases online. It is said that Disney+ would have to double monthly subscription fees to warrant putting Black Widow on the service, so it looks as though Disney will have to simply wait until the cinemas open again.

First, Macao closed, and then, on March 17, Las Vegas followed suit and appropriately closed its doors to the public. The governor of Nevada ordered all casinos to close for 30 days in light of the coronavirus, with the tourist-centric city being a potential hotspot for the spread of an infectious disease.

However, On March 22, the mayor of Las Vegas pushed back against their state governor, saying that Sin City should remain open for business. With over 200 cases recorded in the state, the governor’s order to stop non-essential business operations follows the pattern seen across the world. Still, the mayor wants to put an end to Las Vegas’ first full casino closure since the funeral of President John F. Kennedy in 1963.

Casino gaming and gambling are one of the few lines of entertainment in which many people will be able to carry on with much of the same entertainment. For example, the Slots of Vegas online casino offers an internet-equivalent dose of excitement through their mega bonus for use across their range of over 100 different games.

Even though many will argue that the event is losing its relevancy in the modern space, the opening of the Electronic Entertainment Expo is still a highly anticipated date on the calendar of every gamer. It draws in waves of new announcements and exciting surprise reveals but, in 2020, it won’t take place. However, it’s not just live events that are taking a hit.

Game companies, from as early as the initial outbreak in Wuhan, have been struggling with production issues. Production of the Nintendo Switch’s Joy-Cons and some other accessories – such as the Ring Fit Adventure Ring, has slowed or stopped, with the port of The Outer Worlds also being delayed indefinitely. Luckily for gamers, games that are ready now and close to release are expected to continue to be released, at least through the digital or online stores of consoles and computers.

The entertainment industry has been rocked to its core by Covid-19. Some sectors are coping with the precautions through digital offerings, but others have been canceled altogether or have the choice to lose money but still release content online.