Coronavirus May Determine The 2020 US Presidential Election 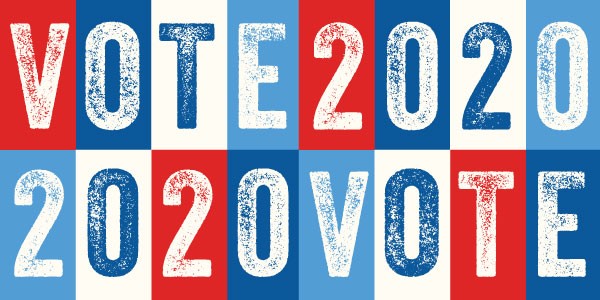 Trump is gaining ground in Las Vegas as the presidential candidate who’ll win the electoral college.

Over the last year or two, Donald Trump has been the odds-on favorite to win the 2020 election. And in most cases, it’s been by a mile, not an inch. However, that changed recently. Around Super Tuesday, the then democratic hopeful, Joe Biden finally caught up on the betting odds-boards and at some outlets actually pulled dead-even with the president-elect.

But it was short-lived. Trump has the upper hand on the odds again. Donald Trump almost immediately moved back to a very small favorite, but since the second week of May has taken another step forward on the odds, sitting at -140. But why? Will Trump actually be able to pull off another victory over a divided democratic party?

There have been many articles recently that outline how public perception of how the COVID pandemic was handled in the United States could be the determining factor in the upcoming election.

Without getting too deep into it, let’s just say that public perception on behalf of the Trump administration is not so hot. In fact, it’s almost universally agreed upon y the left and most centrists that Trump and his cabinet completely botched this thing and created more of a mess.

The staunch right, including Trump himself, claim subterfuge and tampering to make Trump and his administration look bad. One example of this is Trump’s statement and the conspiratorial belief by many on the right that the COVID death count is being exaggerated by left-leaning medical institutions and doctors.

Unfortunately, ABC news recently hosted Nate Silver, FiveThirtyEight’s star statistician and he broke it down that it’s far more likely that the numbers have been undercounted. But why would that be?

Well, he breaks down the stats and explains that many of the COVID-19-related deaths are not occurring in hospitals. For example, Connecticut has 50 percent happening in nursing homes. And when we extrapolate the numbers, we now have, it’s highly likely that quite a few people died from COVID-19 before we had tests available. Not only that, but we’ve been under a test shortage in the United States this entire pandemic, so there are likely handfuls of deaths that are simply not tested for.

Another factor is something called ‘Excess Mortality.’ Meaning, how many more people are dying right now than the baseline average for this time of year in previous years. One example of this is the state of Illinois. There were 3,000 more deaths than normal in April, but only 1900 confirmed as COVID-19. So, there is a high probability that a chunk of those extra 1100 deaths may have also been COVID-related. Another notable factor that will rais the death toll is human error. Something as simple as a doctor or coroner writing ‘coronavirus’ instead of COVID-19. Now, when checked later, those are likely to get spotted and the number could be augmented, but for now,  those numbers are not on the books.

Currently, there are about 90,700 confirmed COVID-19 deaths, but many experts believe it to be easily over 100K.

Ok, now for the economic fallout.

In short, it’s unprecedented. This is where Trump may gain some ground back. Thousands of small and medium-sized businesses are going under due to the extreme measures of a not so tried and true quarantine experiment. We’ve never before quarantined the healthy. And the impact on local businesses has been catastrophic.

Of, course, Trump wants to reopen the country and has been very vocal about it for some time. So, we are likely to see some of the left-center, center, and right-wing business owners and their families who’ve lost their lively hood, blame the left and consider casting a vote for Trump in November.

It remains to be seen what the result will the full economic fall out will be and high the tragic death-toll will climb. But one thing is certain: COVID-19 will directly impact the 2020 presidential election. The party that takes the most blame is likely to be the losing side.