A Look Back into the Profession of Nursing 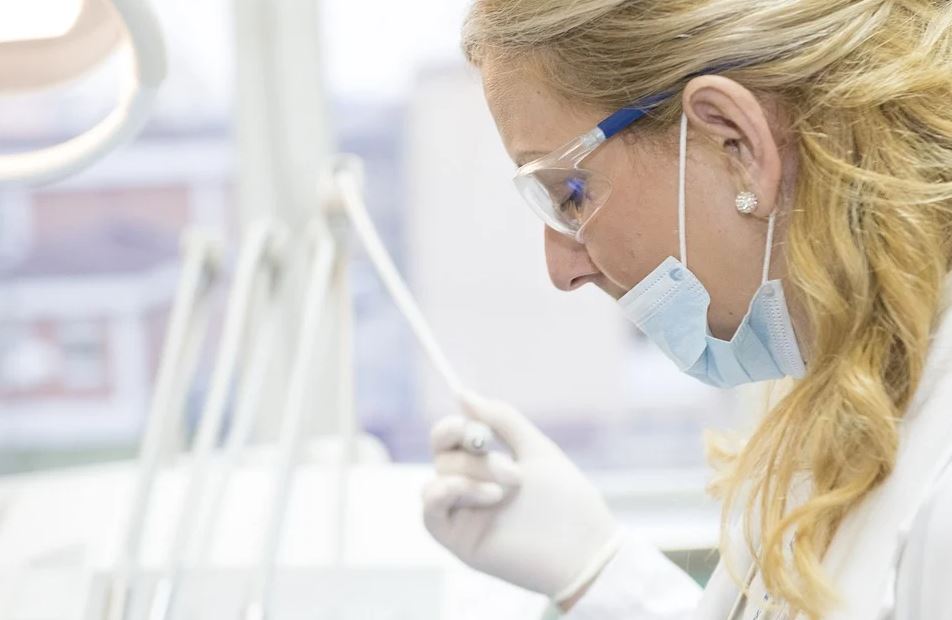 Almost certainly deriving from the term to “wet-nurse” a baby, meaning to provide breast milk to another person’s child, the role of the nurse in modern society has changed dramatically throughout history. It is a fascinating and diverse story, involving wars, plagues, religions and reformations, before becoming the codified practice that we see today. It is also the story of female empowerment. In this detailed guide, we will go over the history of the profession, giving you a strong overview of what nursing used to be like, its roots in religion, its transformation into a secular practice by the 19th century, and how it has shaped today’s modern practice. Read on below to learn more.

The history of nursing before the Christian era is naturally spotty due to the lack of evidence stemming from proper sources, yet it has been traced to a variety of pre-Christian cultures. The Buddhist Indian religion was founded upon a series of pillars erected by their ruler Ashoka between 268 to 232 B.C.E., one of which stated that there should be hospitals alongside travel routes that should be well-stocked with medicines, physicians and nurses.

Another example: one of the first ancient texts discussing the importance of good medical practices — including diet, hygiene and and prevention — is the Charaka Samhita, a Hindu text written in India around 100 B.C.E. They identify four essential parts of medical practice, including the patient, physician, medicine and nurse. In a statement still relevant today, the text states that a nurse has to have great medical knowledge, be skilled in providing medicine, as well as being hygienic and sympathetic.

The appearance of Jesus Christ in the world had many transformative effects, many of which transformed the way the Western world thought about the way we should look after the weary, hungry, destitute and sick. While pagan religions were loath to take care of the infirm, Christians stepped up to the plate during early C.E. epidemic, helping word of the religion to spread, becoming the biggest in the world today.

One of the first Biblical mention of a nurse can be traced back to Phoebe, written about in Romans 16.1. She was asked by St. Paul to become a deaconess — a non-ordained woman providing pastoral care — and was soon famed for her work in Rome caring for the sick, especially victims of epidemics. This was followed by the establishment of hospitals across Europe, such as Saint Basil’s Basiliad, built in the 300s, a hospital which contained separate rooms for nurses. By the time of Charlemagne, nearly every town with a Cathedral had a hospital nearby. This started the tradition of monks and nurses providing pastoral care, with nuns often doubling up as nurses.

After Christianity, one of the major religions to provide huge innovations in the field of healthcare and nursing was Islam, the effects of which can be found in tens of countries around the world today. The first known female Muslim nurse was Rufaida Al-Aslamia. Born in 620 C.E., she originally became renowned for welcoming the prophet Muhammed when he arrived in Medina. Born into a family with strong connections to the medical community, Rufaida gained experience from her father, before becoming a social worker, battling disease, and a famed nurse, eventually training other women in the profession. Today her legacy lives on in an award given by the Royal College of Surgeons in Ireland at the University of Bahrain for excellence in nursing, appropriately titled the Rufaida Al-Aslamia Prize in Nursing.

Healthcare is seen as a fundamental principle of Islamic culture, as caring for one another is seen as an act of devotion. One of the first hospitals was built in Kairouan in 830 on the command of Prince Zayidat Allah I of Ifriqiya, near the great mosque of Al Qayrawan, and innovated with new ideas such as a waiting area for visitors. The differentiation in Islamic culture is that female nurses were usually assigned to tend to women while male nurses were assigned to tend to men.

As the influence of monasteries and nunneries grew across the Western world, so did the rise of medieval hospitals. Orders such as the Carmelites and Dominicans were set up with the express purpose of helping the sick. Hospitals also surged across Europe, such as the Xenodochium built in Mérida, Spain by Catholic Visigoth Bishop Masona in 580 C.E., and the Hôtel Dieu in Paris — still the oldest hospital in the world today.

The biggest hospital built during this era was the Ospedale Maggiore in Milan — designed by Franceso Sforza in 1456, it was known as affectionately as the “Big House”. Women were at the forefront of nursing at this time, with nuns providing free care to the poor when nobody else would, making their work a de facto welfare state. Here it was still seen as a solely religious role.

The Protestant reformation, while changing the face of Christianity worldwide, caused many setbacks to the Catholic-based tradition of nursing found throughout Early Modern Europe. Martin Luther was of the belief that poor patients don’t receive grace from God as a result of their suffering, actually closing a large number of convents and hospitals. Nuns who were nurses at the time were expelled from their duty and sent home to become housewives.

While some hospitals were allowed to carry on, nuns and monks were taken away from their duties and they were placed into public hands. This means that the usefulness of nursing and the strategies developed were greatly diminished, meaning that healthcare suffered as a result. By the 19th century however, Protestant Germany revived the deaconess concept, as seen in the Bible with Phoebe, leading to its spread across the UK, Scandinavia and the USA.

The 19th Century was a pivotal time in nursing, seeing its transformation from a largely religious vocation to a mostly secular profession. In the USA, this corresponded with a huge increase in the number of hospitals, rising from only 149 in 1873 to a whopping 4,400 by 1910. The UK also made many strides in codifying nursing as a professional vocation. For example, in 1858, the Nursing record called for “the whole question of the Registration of trained nurses to be set forth in a succinct form before the profession and the public.”

This was later followed by the establishment of institutions such as the Hospitals Association and the Royal British Nurses Association, the later of which was established in 1891, and can be seen to be a direct precedent of today’s Royal College of Nursing. Additionally in 1860, following on from a nursing school established in Kaiserwerth, Germany in 1846, Florence Nightingale — renowned as the founder of today’s nursing profession — set up a school in St Thomas’ Hospital in London dedicated to training nurses. Although she was against officially registering nurses, the UK eventually saw the importance of having a list of licensed practitioners, eventually leading to the Nurses Registration act of 1919.

The Rise of Evidence-Based Practice in Nursing

One of the major developments in the history of nursing was the Crimean war between the United Kingdom and Russia fought between 1853 and 1856. It was an exceptionally bloody war, with hundreds of thousands of soldiers dying in action, with even more dying of disease. One nurse posted to help tend to the wounded soldiers was Florence Nightingale, who made many innovations, especially in the realm of evidence-based practice.

A once controversial idea, it simply means that an occupation such as nursing should be based on using the correct scientific evidence. When Florence Nightingale, known as the “Lady of the Lamp”, was tending to the soldiers in Crimea for example, she testified that the poor ventilation in hospitals as well as their general uncleanliness, was negatively impacting their health. Her pioneering work in explaining ways in which this could be improved led the groundwork to the evidence-based practice that one can see taught in modern institutions today.

One such institution is Marymount University, a Virginia-based, Catholic-informed higher education institute that teaches evidence based practice in nursing as part of their Doctor of Nursing Practice – Family Nurse Practitioner program. If you would like to find out more about what they do, you can visit their website.

The Role of the Two World Wars

The two driving forces of medical innovation throughout history has been the twin threats of war and disease. Despite the horrific calamities of the two world wars of the twentieth century, they did combine with a huge nursing drive that has elevated the importance of the profession in the modern day. Recruitment in the UK for nurses in WWI, for example, rose sharply: while in 1914 there were only 2,223 members of the Queen Alexandra Imperial Military Nursing service, by 1918 the number impressively swelled to 10,404, making it a key factor in the Nurses Registration Act that we mentioned earlier.

Likewise, as seen in countless Hollywood movies both old and new, the role of nurses in the USA during WW2 transformed them into heroes to be counted alongside soldiers. In the USA, the nursing profession was the most popular when it came to enlisting for service, many of them serving in the Pacific, Japan and on the European front. The USA expended huge resources on nurses, meaning that for every 10 men, there was one nurse. Likewise, on the Nazi side, the Germans hired nearly 500,000 women to serve with the military.

WW2 transformed the role of nurses and of women in healthcare. As many of these women took up military positions — such as colonel and lieutenant — they became a larger decision-making force in the healthcare industry. Additionally, while in the past, and especially as a result of the Great Depression, women would drop out of nursing after they were married, married nurses became the norm during the latter half of the 20th century.

The USA also saw a huge wave of immigration — around 70,000 between 1965 and 1988 — of nurses from other countries, mostly from the Philippines. The nursing profession across the world became more codified, leading to the adoption of university courses and professions that nearly all nurses are expected to complete one way or another. Now the USA counts over 3,000 nursing schools and campuses across the entire country.

The post WW2-era also saw the rise of male nurses, growing from an almost nonexistent number to the 9% that we see today. That number is expected to rise greatly in the future, leading to our final point:

The Future of Nursing

As the population of the world increases, so will the demand for nurses rise, probably leading to a greater egalitarianism in terms of gender. The existing population of nurses in the USA is getting older, with a large amount of them slated to retire by 2030, meaning that this demand will only rise. This will probably be accompanied by a rise in automation, virtual and online learning, and a range of other digital tools designed to make the process more seamless and adaptable.

Nurses salaries, currently hovering around an average of $75,000 according to US News, is only expected to rise, especially when you consider that it was $10,000 less than 10 years ago. With the coronavirus pandemic, nurses and doctors and other frontline healthcare workers have risen in prominence, perhaps leading to another change in the way the world sees nurses, and possibly leading to new innovations in care.

If the history of nursing has shown us anything, it is that the rise of diseases, especially when they reach a pandemic or epidemic level, has led to new ways in thinking about care. There is no doubt that the coronavirus pandemic will also breed new innovations for nurses and the nursing practice across the entire world. Simply put, the future looks as fascinating for nurses as the past.