Moissanite Vs Diamond: What Sets Them Apart 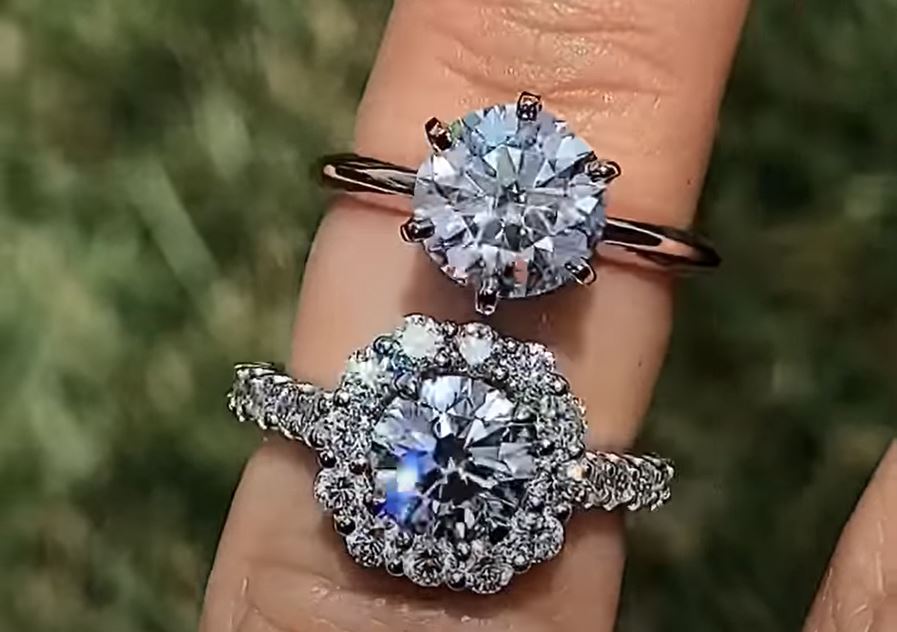 Diamond posed as the go-to ‘crown jewel’ for couples choosing their wedding and engagement rings. The clarity, cut, colour and durability remained unsurpassed for years. Since the time diamond became widely available in the 1870s with its discovery from the mines of Kimberly in South Africa, DeBeers company marketed it and fixated the never-ending craze and obsession with this gemstone.

A very poetic discovery of this mineral tagged it to be born from the stars. Its initial discovery in 1893 by Henry Moissan from the microscopic particles found in a meteorite crater in Arizona led to the misconception of it being a diamond, but with further research, its silicon carbide composition determined Moissanite’s unique identity.

The rarity of natural occurrences of Moissanite led to years of laboratory work by scientists to synthetically develop its chemical composition and make it more economical and marketable. The Moissanite available in today’s market is hence laboratory-made. However, the illusion it creates that bears such a strong resemblance to a diamond while cutting down the cost by huge numbers makes it desirable and attainable.

Not just a diamond ‘look alike.’

However, the invention of the cubic zirconia (CZ) in the 1970s and its emergence in the market with a diamond ‘look-alike’ aesthetic drew speculations throughout that it might change the face of the jewellery market. The reality turned out to be quite different. Cubic zirconia failed to secure a  top spot as a go-to gemstone not just because of its synthetic origins but because it failed to create the hype that diamond had already secured in the market through the years.

With the pre-notion that CZ was practically lab-grown and hence not ‘natural’, jewellers termed it a ‘fake’ gemstone and believed that to be a primary cause for its failure to make an impact.

Moissanite, however, claims to transcend a diamond in several important factors, including but not limited to brilliance, lustre and toughness. The other bigger hoops-in-the-bag comes with Moissanite being ‘mining free’- which assures the least impact on the environment given its lab-grown nature while cost-cutting per carat compared to several other gemstones in the market. It measures 9.25 on the Moh’s Scale of Hardness, making it surprisingly durable for daily wear.

Diamonds vary over a spectrum, while Moissanite maintains consistency over clarity and cut. Premium moissanite is usually graded D-F, and near colourless ones (G-I) are also available. Diamond’s pure carbon composition makes it prone to attract oil and grease, which is used further to distinguish between rocks and diamonds. Moissanite having a mixed carbon and silicon composition presents low vulnerability for attracting dirt and oil. Higher heat tolerance of moissanite than diamonds shields it from damage during its manufacture and making.

Alongside easily traceable origins, MoissaniteCo has small carbon footprints, and fine jewellery adorned with this beautiful gemstone will be a responsible choice.