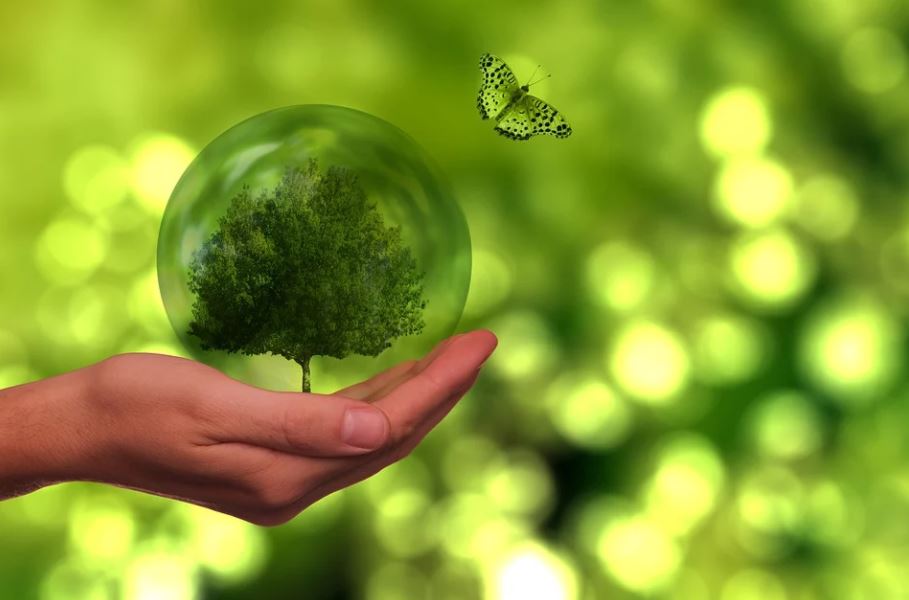 Concern for the climate and finding sustainable solutions has never been more of a pressing issue. For every industrial, commercial, residential, or agricultural requirement, we are constantly on the lookout for a sustainable alternative to unsustainable practices, to ultimately do something about waste and global emissions. And for good reason too: the number of laws and sustainability targets designed to, rather forcefully, encourage this transition are only increasing and seem set to increase further as the sense of emergency only sharpens.

Accordingly, commercial enterprises and individual citizens alike find themselves looking for a sustainable solution to nearly everything – from the daily minutiae of running a business to everyday household tasks. Everything from which rubbish bags to use for the disposal of organic waste to which extinguisher for electrical fire use is best can be answered with a new sustainable solution. There is scarcely an area of daily life that cannot be made more sustainable with the use of one of the many new products and technologies designed to extend sustainability as far as possible.

And one of the areas where there has been particular emphasis on new sustainable technologies has been fuel. We are all aware of the shift in the automobile industry away from gas-powered vehicles towards electric cars, with many car brands having now made a commitment to cease production of gas-powered vehicles within the next ten years. Such shifts seem set to make the biggest contribution to environmentally hazardous emissions that we have yet seen, as car use is undoubtedly one of the very biggest polluters. Indeed, vehicle emissions currently account for a massive chunk of greenhouse gas emissions.

Yet it isn’t just cars that release greenhouse gas. Industrial emissions account for an even greater proportion of emissions. And the problem here is that electrification is not the obvious or effective solution that it has been for solving the problem of vehicle emissions. It simply isn’t practical, for example, to run a factory, a power generator, or large commercial enterprise on electric motors. The change therefore needs to come from somewhere else – and that somewhere else could just be the use of biofuel.

Biofuel – also known as agrofuel – is a combustible fuel derived from organic waste. By making use of fuels composed of organic waste, waste management issues, general pollution and the level of greenhouse gas emissions can be dramatically slashed. Specifically, it is when biofuel is used as an alternative to oil the real potential of the technology can be seen. Biofuel doesn’t produce anything like the same level of polluting by-products, and nor does it exhaust a finite fossil fuel source. The emissions are also far less harmful. All this together means that biofuel can play a significant role in achieving a net-zero carbon economy as it is a recycled energy source. When used as an alternative to oil, biofuel has enormous potential – and the technology that can facilitate its use is constantly being refined and developed.

Landfill sites have a very bad reputation among the environmentally conscious. They degrade the quality of the land for miles around and steadily release pollutants into the earth, local water sources, and the atmosphere. Waste in a landfill site undergoes anaerobic digestion, which generates gas. It is this gas that can be used as an alternative renewable fuel source. For some time, the potential of landfill gases for use in generating electricity, heat, and even for use as fuel for vehicles and machinery has been known. However, it is only now, under heavy pressure from environmentally conscious quarters, that the technology is being developed for its widespread application.

And biofuel certainly does have a vast range of potential applications. Here follows a list of some of the most important, either in use right now or with enormous potential into the future.

The tide seems to have turned when it comes to vehicle fuel innovation, very much in favor of electrical cars. But this does not mean that biofuel does not have a place as vehicle fuel. Biofuel can be turned into hydrogen steam (which is an example of clean fuel) and this could certainly see application as a fuel source for vehicles. Consumer vehicles seem set to go fully electric, but where this is not as practical (for example in large trucks or industrial vehicles) biofuel could play a part in how these vehicles are powered.

Biofuel can be used to produce significant amounts of electricity too. Such fuel cells are even currently in use as backup systems for large physical locations such as schools and hospitals. There is no reason the role it plays could not be increased. Indeed, there has even been a recent initiative to see biofuel used to power 350,000 homes in the UK. The potential is great.

This application is something of subset of energy generation, but it is one that would not require any great investment to roll out. Biofuel cells can easily provide enough energy to charge to portable electronic devices and the technology is already available to provide 100% of the energy these devices need. Biofuel has the potential to make reliance on mains electricity for such devices a thing of the past.

As a Cleaning Agent

This unique application of biofuel has the potential to be incredibly effective. Biofuel-derived cleaning agents have been shown to be effective at cleaning up areas suffering from crude oil contamination. Working also as a degreaser, it contains nothing toxic in its own composition. This is why there are already several organic household cleaning products available in the supermarkets.

Although biofuel as a renewable energy source and an alternative to oil has all these very clear advantages, applications, and great potential, it is of course competing with other green technologies for the chance to play a part in humanity’s future solution for the climate emergency. Yet with the pressure to develop such technologies as great as it is, it seems certain that it will play at least some role alongside other green technologies. After all, it’s all hands on deck and every little helps.