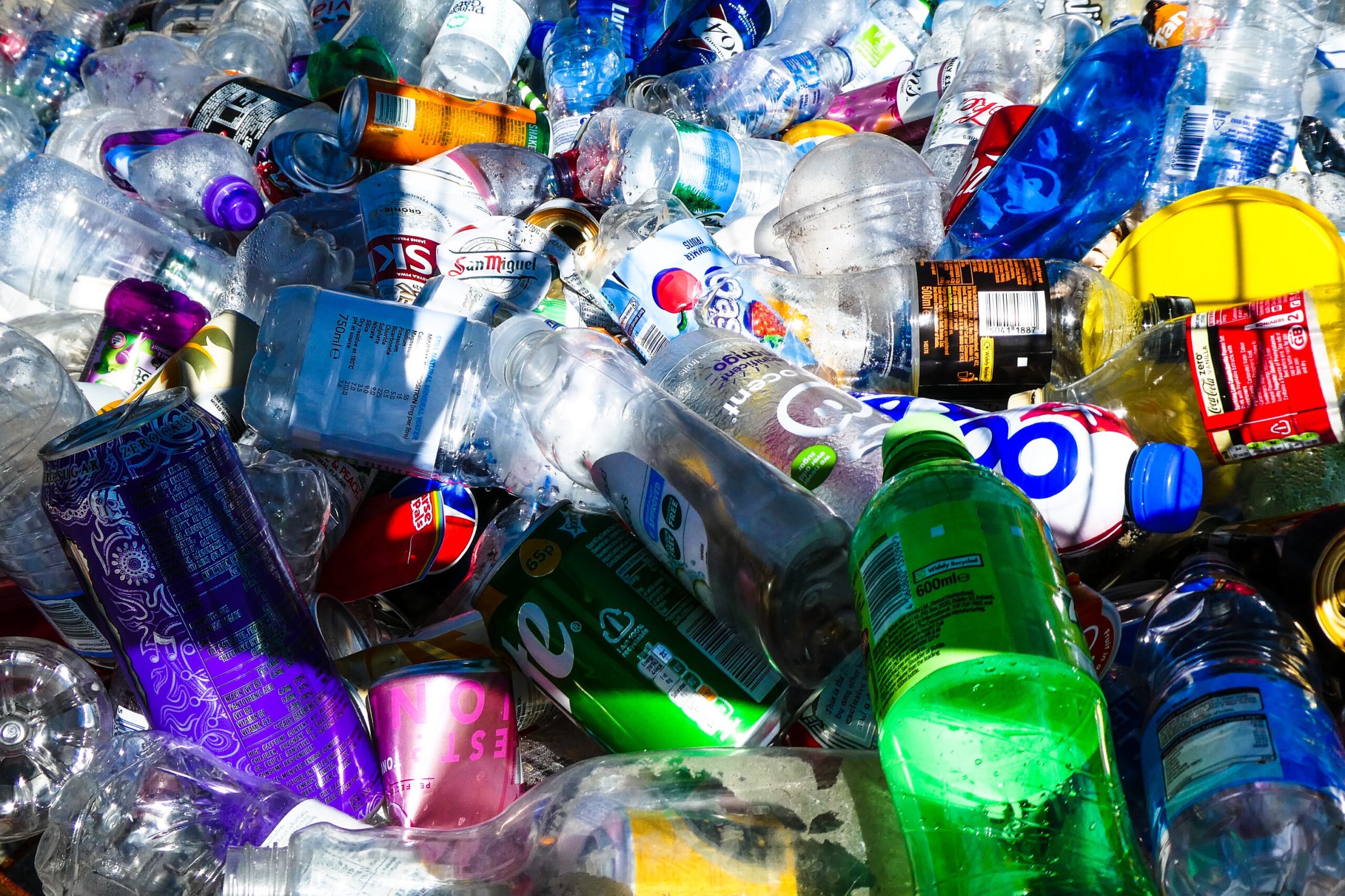 Recent scientific and technological advancements provide ways to keep plastics out of landfills and to decrease the negative impact they have on the environment. In this article, Green Development LLC provides an overview of the current challenges of recycling plastics and the recent innovations that can help reduce the amount of waste that ends up in our landfills, oceans, and public lands.

An Introduction to Plastics

The earliest plastics, invented in 1862, were plant- and milk-based bioplastics, some biodegradable and some not. Today, most of the plastics that we encounter on a daily basis are petroleum-based and can take hundreds to even thousands of years to biodegrade. The refining process to create plastics begins with crude oil heated in a furnace. This distillation process separates crude oil into lighter components, one of which (naphtha) is the crucial component in the production of plastics. From here, a polymerization process converts gasoline into long polymer chains, i.e., plastics.

According to The Science History Institute, the first synthetic polymer entered the scene in 1869. Subsequent advancements included plastics derived from plant, animal, and fossil sources, but the industry saw a massive shift to petroleum-based plastics when the end of WWII coincided with low oil prices. Plastics soon became the solution to imitating natural resources, such as ivory, tortoiseshell, and more—and, at the time, were praised as a solution to protect the natural world from humans.

But this praise was short-lived. In the 1960s, scientists noted large amounts of plastic debris in the oceans. Today, the United Nations estimates that more than 8 million tons of plastics flow into the oceans each year. Of all the plastics produced over the past 65 years (8.3 billion tons), humankind has incinerated about 12% and recycled only 9%.

Products labeled with a recycling symbol and the numbers “1” or “2” are, generally speaking, widely recyclable where facilities exist. These types of plastics—polyethylene polymers—are the easiest to recycle. This scale ranges up to a “6” (polystyrene), and while it’s technically possible to recycle these plastics, many curbside recycling programs do not. Single-use plastics, such as grocery bags and straws, don’t stand a chance in the current system.

One of the major challenges to recycling these other plastics is that they are easily contaminated. Contamination weakens the polymers and makes them less useful for reproduction. Plastics also generally have to be cleaned, and consumers have to make it to a recycling bin. The United Nations Environment Programme (UNEP) reported that these challenges have resulted in a world where only 9% of plastic waste ever produced has been recycled. Green Development LLC believes we can do better.

Turning Down the Heat

Single-use plastics may find refuge after their use in new innovative technologies. One concept reverts plastics to their original petroleum oil state for use as fuels or lubricants. Past attempts utilized temperatures ranging from 400-800 degrees Celsius, requiring significant energy. This new technique, described in detail in a paper published in Science Advances, can do the conversion at a mere 225 degrees Celsius. This innovation will make it cheaper and cleaner to implement.

Another heat-based technology uses a thermocatalytic process to create waxes for asphalt roads and roofs from plastics. This process also uses lower temperatures than those previously attempted and has a small physical footprint that industries can easily scale up.

And Then the Pressure

A new development focusing on pressure can convert more than 90% of polyolefins (that is, plastics labeled with a 2, 4, 3, 5, or 6) into clean fuels and other products. The low-pressure hydrothermal processing technique utilizes selective extraction and hydrothermal liquefaction to revert the plastic back into polymers, naphtha (a mixture of hydrocarbons), or clean fuels. Oil generated from this technique could potentially supplement up to 4% of the annual demand for gasoline or diesel fuels.

Going back to the source of the problem: what if all plastic could break down on its own—in backyard or commercial compost facilities—instead of occupying landfills for centuries? Individuals and companies have been developing solutions to this problem for over 150 years, but until recently, many were not practical replacements for conventional plastics. Feedstocks for bioplastics range from grasses and grains to mussel shells and chicken feathers. It is important to note that some compostable plastics will only break down in the specific environment provided by a commercial compost facility, and not all communities offer such facilities. Still, compostable plastics are likely to break down in landfills, unlike conventional plastics.

In April of this year, polymer scientists published a paper in the journal Nature describing a new plastic that degrades by up to 98% within a week in composting soil. By infusing the plastic with polymer-munching enzymes, the material can degrade once immersed in warm water or damp soil without compromising the plastic’s integrity during regular use. The material could eventually replace single-use plastics, such as plastic bags.

In 2010, the first seaweed-based bioplastic was developed by Rémy Lucas of France. The resulting product took only twelve weeks to biodegrade in soil and five hours in water. Recently, another company has taken the idea of plastics created from seaweed to a new level, with a product that is actually edible and breaks down in half the time. The London-based startup, Notpla, discovered a method to transform seaweed into a plastic-like substance that biodegrades within four to six weeks. Compare this to the hundreds of years it takes traditional plastics to biodegrade, and it’s pretty revolutionary. Since agriculturalists can cultivate the plant without land or fertilization, not to mention its remarkable growth rate, seaweed-based plastic could provide a viable alternative to the 300 million tons of conventional plastic waste humans generate each year.

Since 2009, Green Development has been instrumental in transforming the energy mix in Rhode Island to clean, reliable energy. The company has developed more than 70 MW in solar and wind capacity, with plans to add 75 MW in 2021. Green Development is devoted to preserving farmland, reducing water and air pollution, increasing energy security, and creating local jobs. Current wind and solar sites reduce carbon emissions equivalent to using 8,557,790 gallons of gas each year.